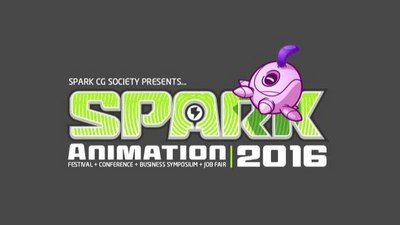 From IP to an inside look into an LA writing room, the business symposium will provide a full day of mind-expanding knowledge including presentations on innovative technology that will change how we tell stories, to virtual production pipeline solutions.

This year’s speakers are:

Part 1: “The Business of Building an Intellectual Property” - While you might have a great idea, building an Intellectual Property (IP) is as much about the execution and rights ownership as it is about the idea itself. Developing your concept, whether it be a series, toy or game, into a multi-platform brand while still maintaining control and ownership of your IP is the biggest challenge for producers of all levels. The panel of industry leaders will present their successful properties and share their experiences all with the goal of helping you plan your path to creating a successful brand and multi-platform property.

Part 2: “The Business of Building YOUR Intellectual Property” - It is critical for you to have an intellectual property strategy. If not, you may be jeopardizing success in getting your creativity to the marketplace. Come prepared to take part in this interactive session that relies on YOU the audience to participate in building a case study demonstrating how to protect the integrity and financial potential of your work. Your guide for this interactive session will be Vancouver-based media lawyer and educator, Jon Festinger.

Come into the writers’ room of Seth Green and Matt Senreich’s Robot Chicken, a room that’s turned out 8 seasons of sketch comedy for Adult Swim. With season 9 gearing up, join Robot Chicken Writers/Directors Tom Sheppard and Zeb Wells as they give a vivid description of the writing process and tell war stories from inside the room. The session will include a Q&A where no subject is taboo.

From harnessing the power of the cloud for virtual production pipelines, to creating immersive storytelling using virtual reality, to the latest in augmented reality, these key players in the industry are using technology to shake things up and get outside-of-the-box. How can you take advantage of the latest trends in technology to push your own projects and ideas forward?

You’ve created a great property, but you’re only halfway there. The next challenge is getting it out there to your audience, in an ever-changing, over-crowded distribution environment. From Canadian and European independents, to Hollywood blockbusters, get insider information on getting it done.

Jinko and Brenda have both worked at large studios and on independent animated features. They will share their experiences and discuss the differences. Also center to their conversation will be about pursuing diversity in the industry.

Early Bird Discount: Save 40% Before October 16, 2016 Passes to the Business Symposium are currently on-sale at $75 or $70 for groups of 5 or more. After the early-bird deadline, registration will be $125 per person. Individual tickets are also available for each panel at a cost of $25 per ticket.

Each pass comes with a complimentary drink ticket for the industry mixer taking place Friday night in the atrium at the VIFF Vancity Theatre.