Presented by the Spark Computer Graphics Society, the SPARK ANIMATION 2015 Film Festival, Industry Conference, Business Symposium, and Career Fair runs October 21-25 at the Vancity Theatre and The Dance Centre in Vancouver, B.C. The event celebrates creativity, inspiration and innovation in animation around the world.

A showcase and celebration of the best of animation arts from around the world, from independent animation to special premieres, the SPARK ANIMATION festival offers a chance to enjoy some of the most recently acclaimed animated films on the festival circuit. 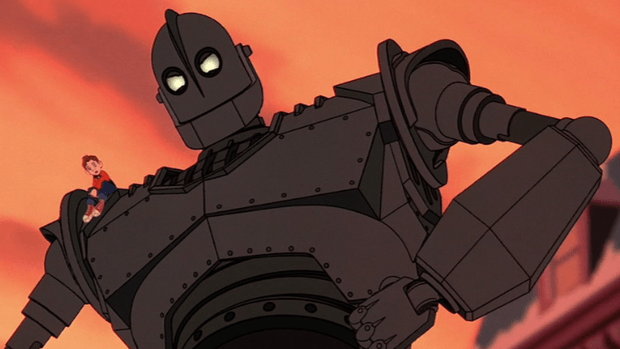 In addition to a special presentation of The Iron Giant: Signature Edition, SPARK ANIMATION will present the Western Canadian Premiere of Extraordinary Tales, an anthology adaptation of Edgar Allan Poe stories featuring narrations by Guillermo del Toro, Bela Lugosi, Christopher Lee and Roger Corman. On Sunday, October 25, SPARK celebrates the work of Japanese director Mamoru Hosoda with the Western Canadian premiere of The Boy and the Beast and a retrospective screening of his anime classic Summer Wars.

Proceeds from the Film Festival screenings from October 21-24 go to the Breakfast Club of Canada, an organization that provides breakfasts to 150,000 students every day in 1,328 schools across Canada.

Proceeds from the October 25 screenings will go to the Hemophagocytic Lymphohistiocytosis (HLH) Care Fund in memory of VIFF’s and Vancity Theatre’s Sumit Guha. Sumit was an invaluable supporter of SPARK.

The Spark Animation Festival in partnership with WIA (Women in Animation) will also present “Make it your business! A symposium on the art and industry of animation.” The Symposium will consider the role of women in the animation industry today and provide insight from some of the world’s top animation filmmakers, producers and executives on how to take your project from concept and pitch, to financing, through to monetization. This promises to be a very special and exciting day. #SPARKWIA

There is a great lineup of over 20 guest speakers, including:

The Business Symposium Day Pass will provide access to all the business panels, closing keynote and the cocktail reception.

Featuring speakers from Pixar, Walt Disney Animation, Aardman, Blue Sky, Moonbot Studios and Cartoon Network, who have worked on many blockbuster films such as Frozen, Big Hero 6, Fantasia 2000, The Emperor’s New Groove, Finding Nemo, Ice Age: Dawn of the Dinosaurs, Beauty and the Beast, Aladdin, The Lion King, SpongeBob Squarepants and Adventure Time, to name but a few.

A Conference highlight presentation is “Getting Under the Hood: Remastering The Iron Giant.” Beautifully made, The Iron Giant is a perfect blend of computer and traditional animation. This very special panel brings together animators from the original, as well as those that worked on the new version including: Ken Duncan, Michel Gagné, Wendy Perdue and Dennis Venizelos. If you missed seeing it 16 years ago, The Iron Giant: Signature Edition will be screened immediately following this unique conference panel.

Don't forget to polish those demo reels, dust off your resumes, and prepare your questions for this year's top recruiters. A full list of participating studios is available online. Visit often!