Deadline for submissions to second annual event recognizing Ibero-American animation is December 8; award ceremony to be held April 6, 2019 on the island of Tenerife. 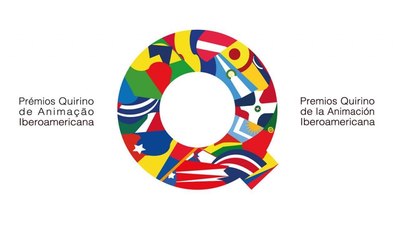 MADRID -- Organizers of the Ibero-American Animation Quirino Awards have opened a call for entries for the event’s second edition, which will take place on April 6, 2019 in Santa Cruz de Tenerife, Spain.

The initiative, which for the second consecutive year seeks to highlight the Ibero-American animation talent and industry, is eligible to animated works from the 23 countries of the region that have been premiered between January 1, 2018 and December 31, 2018. In the case of feature films, films released between June 1, 2017 and December 31, 2018 may compete.

Works whose original language of expression is mostly Spanish, Portuguese or other non-hegemonic languages spoken in the Ibero-American region may be submitted to the call; works from Ibero-American production companies that are made directly in other languages may also participate. Projects must be submitted through the Festhome platform before December 8 at 23.59 (Mexico time). Submissions rules and regulations can be found here.

Among all the submisisons, there will be six nominees per category, which will be announced at the beginning of 2019. From the selected nominees, an international jury will choose three finalists in each category, which will compete for the awards that will be handed out on April 6 in Tenerife.

In 2018, the Mexican feature film Ana and Bruno by Carlos Carrera, the series The Tiniest Man in the World by the Argentine Juan Pablo Zaramella and the Spanish short film Decorado by Alberto Vázquez were the works awarded in the main categories.

Parallel to the awards, the organization aims to continue generating networks and promoting the flow of works on both sides of the ocean. To this end, a new edition of the Ibero-American/World Co-Production Forum and of the International Congress of Ibero-American Animation will be held.

Targeted to professionals of the animation, these activities will take place on April 5 & 6 in the same island town where the animated sectors of Latin America, Portugal, Andorra and Spain will gather together. The first edition brought together 300 professionals from 20 countries, who participated in more than 350 B2B meetings.