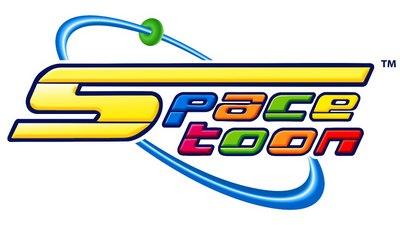 DAMASCUS, SYRIA -- As MIPTV approaches, Spacetoon, the free-to-air kids' channel that broadcasts in Arabic to 22 countries and more than 130 million viewers, and its licensing arm ALC, have announced a number of major broadcast and licensing deals.

In March, Spacetoon began airing the boy’s action series Power Rangers Dino Charge, one of the latest seasons of the long-running Power Rangers TV series. Spacetoon has launched a strong promotional campaign for the show in coordination with Bandai ME and Toy Triangle.

Spacetoon has also secured the TV rights for the new series of Doraemon, the Japanese hit show about a cat who travels from his home in the 22nd century to help a young boy. Alongside Asian film distribution, publishing and licensing group Animation International and Japanese network TV Asahi Corporation, a long-term strategy is being developed to support the property, which began broadcasting in March.

Little Charmers, the animated television series produced by Nelvana Enterprises begins broadcasting in April. Little Charmers and the magical land of Charmville is a tale expected to be popular with both boys and girls. Also broadcasting on Spacetoon in April is ALVINNN!!! and the Chipmunks! from PGS Entertainment, a new series of the popular animated adventures of the musical trio.

Spacetoon’s sister company and licensing arm, Arabian Licensing company (ALC), has been building on the success of a number of properties now seen on Spacetoon, notably the first Arabic language version of Sesame Street for 25 years, Iftah Ya Simsim, which premiered across nine broadcast stations in September. Deals in stationery and apparel have recently been signed for the Bidaya Media-owned property. In addition, 12 Iftah Ya Simsim coloring books are planned for the EMEA target markets.

Fayez Weiss Al Sabbagh, President of Spacetoon Kids TV, commented, “I am certain that the merger between Ink and ALC, supported by Spacetoon TV, will enjoy great success in licensing thanks to its access to over one billion consumers across three regions.”

The regional toys license, between Ink ALC and Simba ME, for the popular preschool animated property Masha and the Bear, now showing on SpaceToon, has enjoyed enormous success, with some outlets having trouble meeting demand.

Since its launch in 2000, the popularity of Spacetoon has grown at a remarkable pace, thanks, in part, to an offering of content that is sensitive to the region’s cultural values and to its ownership of the rights of the largest library of Arabic-dubbed animated cartoons in the Arab world. After 15 years Spacetoon is one of the best-known children’s media brands in the Middle East and North Africa. It recently launched its first ever co-production, MIA, an enchanting and captivating new 3D CGI comedy adventure series for 2-6-year-olds with a strong environmental message and educational underpinning. The licensing campaign for MIA across MENA markets will be managed in coordination between Cyber Group Studios, Lalune Light Studio and Spacetoon.