‘Space Racers’ Blasts Off on Sprout This Fall 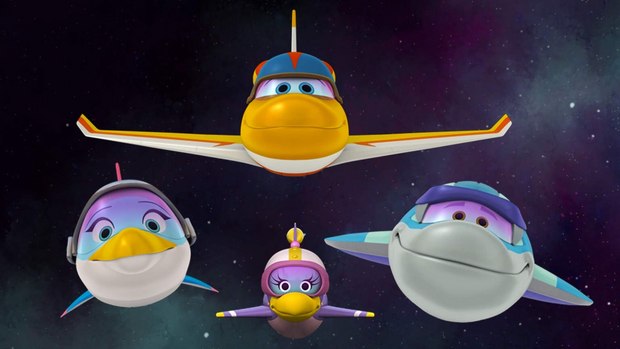 Space Racers maintains its focus on high quality content designed to engage and entertain preschoolers with exciting space missions throughout the solar system and beyond. Beginning this fall, Sprout will air all new episodes of Space Racers Season 2 in conjunction with re-airings of the 50 x 11’ Season 1 adventures. In addition to broadcast, the Space Racers series will be available on Sprout’s VOD and digital platforms.

“Space Racers has established a loyal, worldwide fan base over the past two years and we are excited to partner with Sprout for the U.S. rollout of season two of the show this fall,” said Michael Matays, Executive Producer and Space Race, LLC’s CEO. “Space Racers entertains and teaches kids about the wonders of space and science with references to real space missions. Our goal is to stimulate children’s imaginations and to inspire the next generation of scientists, engineers, astronauts and explorers.”

“Space Racers taps into preschoolers’ curiosity to discover and learn about the world around them,” said Amy Friedman, SVP, Programming & Development at Sprout. “We’re excited to introduce our viewers to the Space Racers cadets. We think they’ll make a great addition to the Sprout family!”

Space Racers follows Eagle, Robyn, Hawk, Starling, Raven and their fellow cadets as they explore the solar system and the universe. Headmaster Crane, Professor Coot and other faculty members of the Stardust Bay Space Academy guide the cadets on missions that cover heliophysics, earth science, planetary science and astrophysics among many science disciplines explained at a preschool level. The stunning CGI animation plus authentic sounds and images from outer space provided by NASA bring the richness of space and diversity of planetary landscapes, as well as the characters, vividly to life for young minds. Along with the U.S. Space & Rocket Center and Space Camp, Space Race, LLC will expand on the existing curriculum of highly engaging lessons focused on the science and technology components of an early childhood STEM curriculum.

“Space Racers is a friendly launch pad to excite the imagination of the youngest members of the Mars Generation,” Dr. Deborah Barnhart, Chief Executive Officers of the U.S. Space & Rocket Center said. “It turns the universe into their future runway. Space Racers embodies the experience of Space Camp, preparing the next generation of scientists, explorers and leaders.”