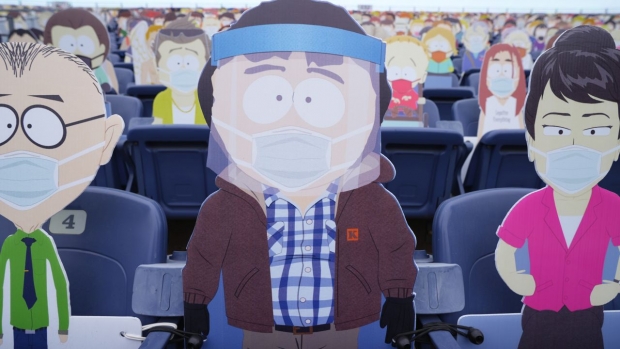 They’re coming back – This time socially distanced and wearing their masks.

The stadium return will feature new character cutouts from South Park’s recent “Pandemic Special,” which premiered on Wednesday, September 30 on Comedy Central, MTV and MTV2, marking the first time ever South Park has been simulcast across the ViacomCBS brands. It was the #1 scripted telecast of 2020 and the highest rated special epidsode in seven years. The animated episode was produced remotely, by more than 80 staff members, working from homes across the country.

The special is now available for purchase on Amazon Prime, iTunes, & Google Play, among others.