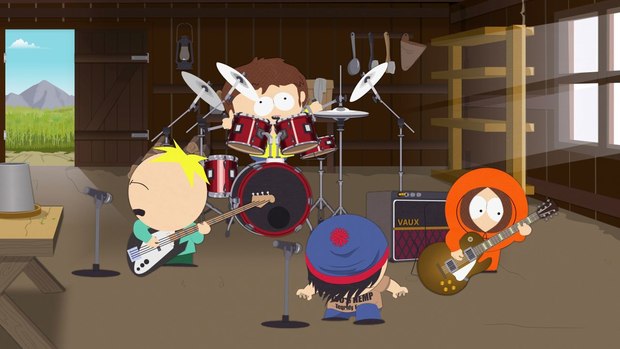 Just when you thought it safe to return to your daily routine of casual indifference to clashes of censorship and crass commercialism, the saga of the Chinese government’s removal of all things South Park from the country’s entire digital sphere takes yet another amusing, yet interesting turn. Trey Parker and Matt Stone, creators of the iconic series, have issued an apology of sorts, for upsetting China with their cutting October 2 episode, “Band in China.”

In one episode arc, Randy Marsh gets arrested for selling marijuana in China and is sent to a work camp patterned after the Xinjiang Provence camps Western sources claim are holding more than one million Chinese Muslims for forced “re-education,” a claim Chinese authorities deny. Randy runs into fellow prisoner Winnie the Pooh, a not-so-subtle jab at Chinese censors’ ongoing ban on imagery of the gentle, honey-loving stuffed animal after online mocking of president Xi Jinping’s slightly rounded bear-shaped physique using the iconic character became a viral sensation several years ago. In the second, Cartman, Stan Butters and Kenny form a heavy metal band that gains enough popularity to attract a manager; the script of a film they plan to make keeps changing in their hopes of securing Chinese distribution. In one hilarious moment, Stans says, “Now I know how Hollywood writers feel," while a Chinese guard stands over him as he works on the script. In another shot at Disney, Mickey Mouse makes an appearance to ensure Marvel and other Disney cartoon characters make nice with Chinese authorities.

Add in the growing controversy surrounding the National Basketball Association’s current censorship dustup over a tweet supporting Hong Kong demonstrators by Houston Rockets general manager Daryl Morey - which as of this morning, saw the Chinese government decide CCTV will not broadcast or stream upcoming NBA preseason games, in a country that is wild about basketball - and we can see that the ongoing clash between economic and political / social concerns continues to polarize and galvanize public attention. For many, it seems, standing socially strong, aware and supportive remains important… unless it collides with their ability to make money. Another reminder that its easy to question other people’s indifference until the “morality” spotlight suddenly shines on you. Everyone draws a different line in the sand when its time to stand your ground.