Newest entry in the Columbia Pictures movie franchise from the director of ‘Shrek 2’ and ‘Gnomeo & Juliet’ is set for a worldwide release on March 31, 2017. 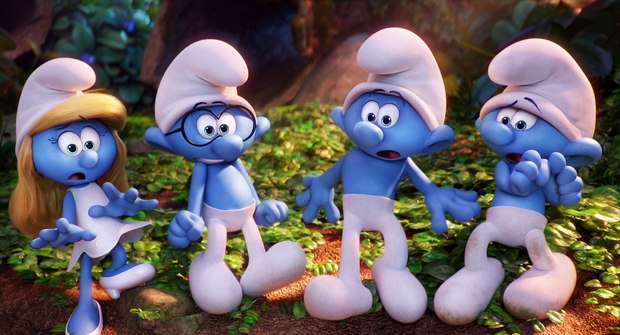 In this all-new take on the Smurfs, a mysterious map sets Smurfette and her best friends Brainy, Clumsy and Hefty on an exciting and thrilling race through the Forbidden Forest filled with magical creatures to find a mysterious lost village before the evil wizard Gargamel does. Embarking on a rollercoaster journey full of action and danger, the Smurfs are on a course that leads to the discovery of the biggest secret in Smurf history.

The film features the voices of Demi Lovato as Smurfette, Rainn Wilson as Gargamel and Mandy Patinkin as Papa Smurf, alongside triple Emmy nominee Jack McBrayer (30 Rock, Wreck-It Ralph) as the sweet, awkward and honest-to-a-fault Clumsy, who’s forever trying his best and missing the mark; Danny Pudi (Community) as book smart and geek proud Brainy, who’s long on knowledge, but short on inter-Smurf-onal skills; and Joe Manganiello (True Blood, Magic Mike) as the strong and super-positive Hefty, a loyal dynamo struggling with his hero complex.