The last preview of the upcoming prequel of Naughty Dog’s smash PlayStation game franchise, starring Tom Holland and Mark Wahlberg, gives us a glimpse of its epic action set pieces before it’s released exclusively in theaters. 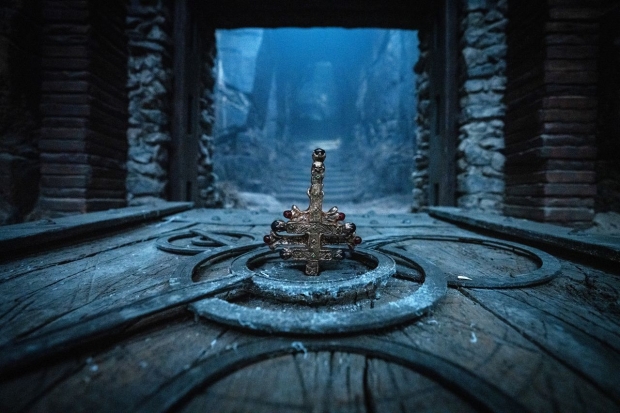 Columbia Pictures and Sony have unleashed the final trailer for Uncharted ahead of its February 18 theatrical release date.

Based on Naughty Dog’s smash PlayStation game franchise, Uncharted stars Tom Holland as Nathan Drake, a treasure hunter tasked with “recover[ing] a fortune lost by Ferdinand Magellan 500 years ago.” Together with his enigmatic partner, Sully (Mark Wahlberg), Drake sets out on a mad dash to retrieve the riches - worth “$5 billion, easy,” Sully says - before the ruthless Moncada (Antonio Banderas) can get to them first.

The events of this adaptation take place years before the story of the game first series installment, Uncharted: Drake’s Fortune, begins. The screenplay was written by Rafe Judkins, Art Marcum, and Matt Holloway, from a story by Judkins. Chas Jarrett serves as the film’s production VFX supervisor, with DNEG and Soho VFX handling the VFX production. In years past, Jarrett has shared stories with AWN on the creating the chase scene VFX in Logan, and on designing the digital environments of Sherlock Holmes: A Game of Shadows. No doubt, the VFX team heavily prioritized the series’ action set pieces, which earned the games considerable critical acclaim due to their cinematic scope and scale.

Sony’s exclusively theatrical release is nearly six years in the making. Originally slated for a June 2016 opening, the film was pushed to June 2017, then to December 2020, and then again to March 2021. After COVID restrictions pushed it back yet again to October 2021, it was moved up to July 2021… but Sony ultimately settled for its forthcoming February 2022 date.

Before its stateside release, Uncharted will hit theaters in the UK a week prior, on February 11. When it arrives in the U.S., the film will be screened in IMAX, Dolby Cinema, and 4DX formats.

Watch the final trailer for Uncharted: