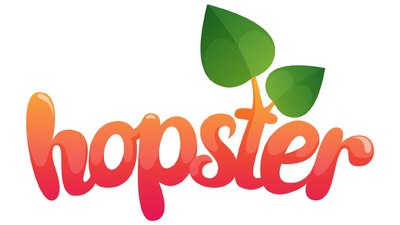 LONDON -- Sony Pictures Television Networks has today announced it has taken a minority stake in Hopster, a leading global preschool SVOD platform, becoming a strategic equity investor and taking a seat on the company’s Board.

The investment complements SPT Networks’ growing kid’s portfolio, particularly in the UK, where SPT Networks’ linear and AVOD services include POP, Tiny Pop and Kix, which make up the largest share of the commercial kids Freeview market in the territory.

Launched in December 2013 by Nick Walters, Hopster helps kids learn through the shows they love, striking the balance between learning and fun. Since launching, the platform has seen exceptional growth and is now available in over 100 countries worldwide, as well as making its debut on Apple TV last year. Hopster is ranked as the #1 grossing pre-school kids’ app in 24 countries, housing a line-up of hit local shows including Reading Rainbow with LeVar Burton and DHX Media’s Monster Math Squad and Franny’s Feet.

Hopster’s investment round, which was led by SPT Networks in association with largest existing investor Sandbox Partners, will see the company continue to expand its operations and fuel further investments in content and marketing.

“With our POP, Tiny Pop and Kix channels, Sony is one of the top kids broadcasters in the U.K.,” said Kate Marsh, Executive Vice president, Western Europe, International Networks. “Investing in Hopster offers us an advantage in the fast-growing subscription kids’ space, and is a real opportunity to increase our on-demand services, working with the Hopster team to grow digital scale alongside our linear channels.”

“We are very excited to have Sony Networks on board and believe that this strategic investment will enable us to take Hopster to the next level,” commented Hopster CEO and founder Nick Walters. “Our vision is to build an end-to-end kids player and Sony’s global reach, existing kids portfolio, and technology presence makes them the perfect partner. We hope that together we can build on the success of our revolutionary new Apple TV app and recent US launch and establish Hopster as the world’s leading non-linear preschool kids player.”

“Hopster was our first investment and we’ve seen the business go from strength to strength since 2014,” said Bhav Singh, Founder and CEO at Sandbox Partners. “We’re delighted to follow on alongside SPT Networks in this new round, and look forward to seeing the next chapter in Hopster’s mission to help kids all over the world learn through the content they love.”