Director of the Oscar-nominated short film ‘Head Over Heels’ will develop and make his feature directorial debut with Sony Picture Animation’s ‘The Lamb.’ 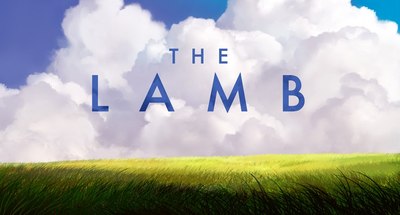 The Lamb is a fully CG animated theatrical feature project which tells the inspirational story of a young lamb who will change the world. Based on an original pitch by Tom Sheridan, The Lamb is produced by DeVon Franklin under his company Franklin Entertainment; Jenny Marchick is the exec overseeing the project at Sony Pictures Animation.

Tim Reckart garnered an Oscar nomination in 2013 for his stop-motion animated short Head Over Heels which examines a marriage from a very unique perspective -- where the wife lives on the ceiling and the husband on the floor.  It was his student thesis at the National Film & Television School in the U.K. Reckart also holds a BA in history and literature from Harvard University and an MA in directing animation from the National Film & Television School. He is repped by APA and The Gotham Group.

“I'm thrilled to be developing The Lamb with DeVon Franklin and the team at Sony Pictures Animation, who have been so supportive of my efforts to develop a bold, creative direction for the project,” Reckart said, commenting on the announcement. “The Lamb is a powerful story with deeply felt emotions and gorgeous visuals, all coming through the humor and charm of our cast of animals.  I can't imagine a more exciting project for my animated feature debut.”

“I'm beyond thrilled to be working with Tim to bring The Lamb to life,” Franklin added. “He's truly one of the most talented new visionaries working in animation today and we are already blown away by his unique storytelling and the creative imprint he is bringing to this project.”