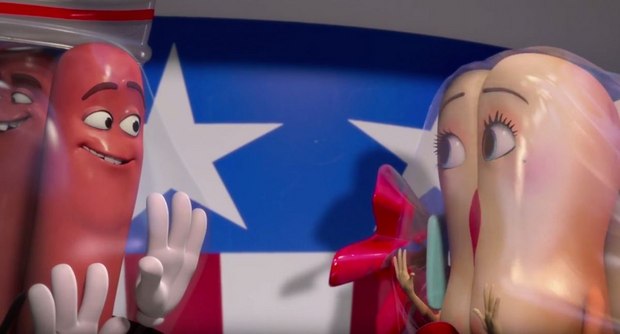 Directed by Conrad Vernon and Greg Tiernan, Sausage Party follows a hot dog named Frank (voiced by Rogan) who falls out of a shopping cart, and embarks on an eventful journey to make it back to his shelf before the big Fourth of July sale. Along the way, Frank ends up leading a group of supermarket products on a quest to discover the truth about their existence and what really happens when they become chosen to leave the grocery store.

Features exclusive to the Blu-ray release include the “Good Food Gag Reel,” a series of outtakes; “Line-O-Rama,” a series of alternative takes and off-the-cuff improvs and; “Shock and Awe: How Did This Get Made?,” where fans learn how Seth Rogen and his team finally convinced someone to make a “hard” R-rated animated movie.

In addition, exclusive to the digital release is an Alternate Ending where our edible friends cross over to the real world and catch Seth Rogen, Michael Cera and Edward Norton enjoying a horrifying meal; “Alt Ending: The Real World Live Action,” which takes viewers behind-the-scenes of the alternate ending; “Animated Improv” where the all-star cast of comic geniuses come up with funny one-liners while recording their voice parts and; “Concept Art to Screen” where fans can go behind the scenes of the character development process and see how the filthy-mouthed food items were drawn to perfection.