Sony Pictures sets sci-fi adventure Pixels, based on the short film by Patrick Jean, for release on May 15, 2015. 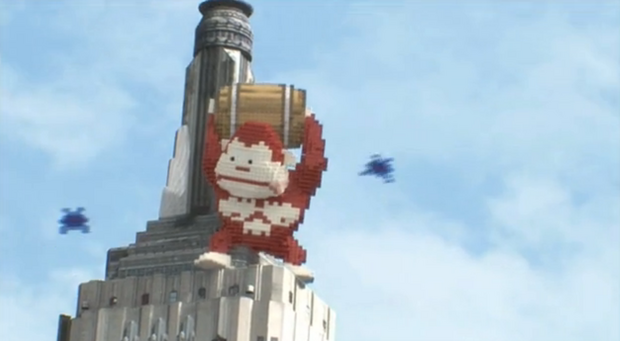 Sony Pictures has set sci-fi adventure Pixels for release on May 15, 2015, according to a report by Variety. The film will open against Warner Bros.’ Mad Max: Fury Road and Universal’s Pitch Perfect 2.

Chris Columbus is directing with shooting starting next month from a script by Tim Herlihy and Timothy Dowling. The movie is based on the short film directed by Patrick Jean and produced by One More Production.

Pixels will be produced by Happy Madison’s Sandler and Allen Covert, along with 1492 Pictures’ Columbus, Michael Barnathan and Mark Radcliffe.

The story is centered on aliens misinterpreting video-feeds of classic arcade games as a declaration of war against them, leading to an attack on Earth, using the games as models for their assaults.

Watch the original short film by Patrick Jean, below: