SPE bolsters its VFX and virtual production capabilities with purchase of the award-winning visual effects studio, which will join Sony Pictures Imageworks and Sony Innovation Studios to handle the company's growing film and TV production demand. 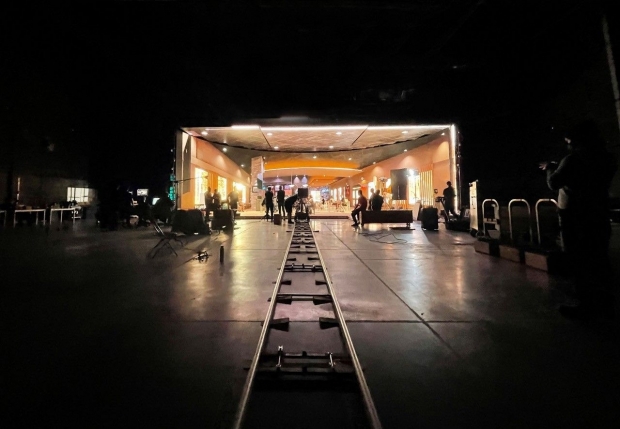 Sony Pictures Entertainment (SPE) today announced the acquisition of Pixomondo (PXO), an Oscar and Emmy Award-winning virtual production, visualization, and VFX company, from Mayfair Equity Partners, a dedicated technology and consumer investor. PXO, which is also known for its work on premium content, including Sony Pictures Television’s The Boys, as well as Game of Thrones, House of the Dragon, and the upcoming Avatar: The Last Airbender, maintains three LED sound stages and seven offices in the U.S., U.K., Germany, and Canada.

Under the deal, SPE has acquired 100% of PXO, which will continue to be led by CEO Jonny Slow, who will now report to Ravi Ahuja, Chairman of Global TV Studios and SPE Corporate Development. The acquisition of PXO, now operating alongside Sony Pictures Imageworks, and Sony Innovation Studios, enhances Sony’s role as a leader in virtual production and further enables the studio to serve the growing visual effects and premium television and film production industries. In addition, collaboration between these lines of businesses will also be supported by Sony Electronics.

“Pixomondo’s impressive end-to-end virtual production technology, software, and solutions further build Sony’s leadership in high-quality visual effects and virtual production,” said Ahuja. “And, for our TV studios, Pixomondo’s capabilities will make the hundreds of shows we produce for our streaming and network partners even more exceptional.”

“We could not be more excited to be joining the SPE team at this tipping point in the evolution of PXO,” said Slow. “Sony’s legacy, and creativity-driven technology strategy, mean that our company has found a home where it can truly thrive. We look forward to continuing to innovate in the virtual production and VFX space with our clients over many years to come.”

“We are proud to have partnered with the Pixomondo team, supporting the company’s evolution and growth since 2018,” commented Bertie Aykroyd, Partner at Mayfair Equity Partners. “Pixomondo was an early mover in virtual production and has successfully diversified its offering to allow filmmakers to make tech-enabled creative decisions from the very early stages of production. With the ever-increasing demand for high-quality content, PXO’s innovative team will undoubtedly be a great success when partnered with Sony’s global offering.”