The animated biopic is a passion project for the director, who previously teamed with the studio on ‘The Triplets of Belleville’ and ‘The Illusionist.’ 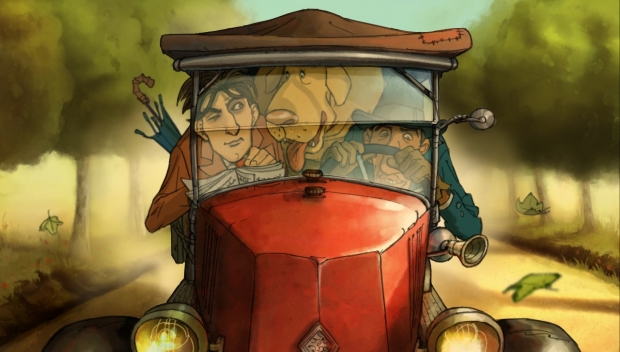 Sony Pictures Classics has nabbed the rights to The Magnificent Life of Marcel Pagnol, an animated feature based on the life of influential French author Marcel Pagnol.

The film is a passion project from Sylvain Chomet, the four-time Oscar-nominated filmmaker behind Sony Pictures Classics’ The Triplets of Belleville and The Illusionist. According to a company statement, the film “completes the animated feature film trilogy started with The Triplets of Belleville and The Illusionist -- both enormous successes and evergreen titles for Sony Pictures Classics. It is a pleasure and privilege to be back in business with Sylvain Chomet and to expand Sylvain’s audience wider than ever.”

The film is currently in production, on pace for completion in 2024. ON Classics, the Mediawan Group company behind The Little Prince, is producing, alongside French producers Ashargin Poiré and Valérie Puech of What the Prod. Other co-producers include Lilian Eche’s Bidibul Productions and Adrian Politowski’s Align, both of which are working closely with Nicolas Pagnol of the Pagnol Estate.

“It truly is an honor to launch this great international movie with Sony Pictures Classics, who recognized the universality of this extraordinary fresco and all [its] international potential,” adds president and founder of ON Classics, Aton Soumache.

The Magnificent Life of Marcel Pagnol will explore Pagnol’s experiences and artistic impact, as a novelist, playwright, and filmmaker who ascended from his middle-class Marseille upbringing to become one of the most important artists of the 1930s, ’40s, and ’50s. Pagnol’s childhood memoirs, Souvenirs d’enfance, were published to great acclaim in the late ’50s, and his books have been translated into more than 50 languages and sold 150 million copies worldwide. As a filmmaker, he pioneered talking pictures during the advent of sound in cinema, writing the melodramatic “Marseille trilogy” - Marius, Fanny, and César - the third of which he also directed.

In the film, set in 1955, Chomet follows 60-year-old Marcel Pagnol, one of the most prolific artists of the 20th century. When the editor-in-chief of ELLE Magazine commissions a weekly column about the acclaimed playwright and filmmaker's childhood, he sees this as a great opportunity to go back to his artistic roots: writing. Realizing his memory is failing him and deeply affected by the disappointing results of his last two plays, Pagnol starts doubting his ability to pursue his work. That is until Little Marcel - the young boy he used to be - appears to him as if by magic. Together, they will explore Marcel Pagnol's incredible life and bring back to life his most cherished encounters and memories.