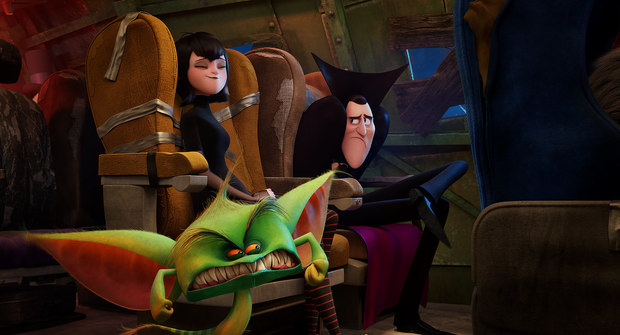 Little has been announced about the projects other than one, Fixed, is an R-Rated comedy, while the other, Black Knight, which Tartakovsky will also write, is an epic-adventure along the lines of his immensely popular TV series, Samurai Jack.

“I’m very excited to start this next adventure with my Sony family,” Tartakovsky told Deadline. “With their trust and support we are going to do something unique and different, and push animation to the next level.”

In development for years at the hands of five different directors before Tartakovsky jumped on as number six, Hotel Transylvania took the industry by surprise when it was released in 2012, generating almost $360 million worldwide and spawning the studio's first true hit franchise. The director also spent more than a year in development of an animated Popeye feature at SPA before he exited the film back in March of 2015. That project, announced with great fanfare the previous March, was an unfortunate victim of the famous 2014 Sony hack and subsequent studio upheaval.