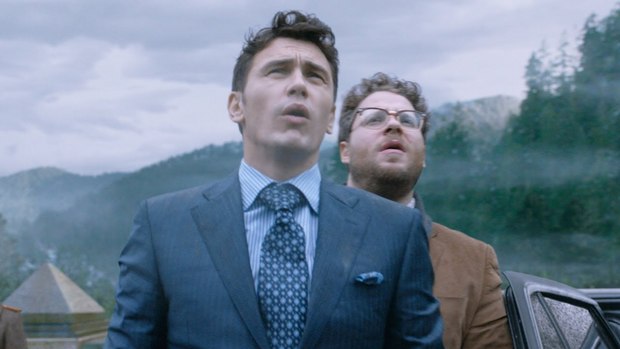 Sony Pictures Entertainment is still reeling in the aftermath of last month’s unprecedented computer hack -- widely characterized as one of the largest corporate hacks in history -- that reportedly caused so much disruption to the company’s internal systems that it was temporarily forced to revert to pen and paper in order to function.

Following the breach, vast quantities of highly confidential company data have been leaked online. The amount of data released is so large -- in the tens of terabytes -- that it’s a logistical challenge to even download it, much less analyze it. So far, screeners for upcoming films -- including Fury, Annie, Still Alice, Mr. Turner, and To Write Love On Her Arms -- have been unearthed, as well as names, salaries, social security numbers and birth dates of thousands of employees.

Pay rates in the visual effects industry are fiercely guarded by companies in order to avoid giving employees the upper hand in negotiations. Sony itself warns prospective recruits against discussing wages with others in recruiting materials distributed at industry events such as SIGGRAPH and CTN eXpo. There is also an ongoing and expanding class action lawsuit over anti-poaching and wage-fixing deals by Disney, DreamWorks Animation, Sony Pictures Imageworks and other animation studios here in the U.S.

The VFX Soldier blog reports that this secrecy is about to change: the Sony file dump contains data for the Croner survey, “an authoritative industry-wide survey on compensation information,” which is now available for anyone to download.

Described as the “holy grail of US VFX wages,” the Croner Animation and Visual Effects Survey is the benchmark survey of the animation and visual effects industry:

For 8 years, the Croner Survey has provided up-to-date competitive compensation information about positions in companies that produce animated feature films or develop animation and/or visual effects for feature films, television and/or software games.

In 2014, 11 companies representing approximately 3,500 employees in the U.S., participated in the Croner Survey and are using the data to understand current market trends and to establish rational market compensation levels in their organizations.

“The game has changed as far as salary negotiations in the VFX industry starting today,” VFX Soldier writes. “Going forward nobody will go into negotiations without having reputable information concerning wages.”

The FBI calls the attack on Sony a “watershed event,” warning American businesses to brace themselves ahead of potential further attacks. Whether or not the attack is related to Sony’s forthcoming Seth Rogan/James Franco comedy The Interview remains to be seen.