New film delves into the origins of a biochemist-turned-bloodsucker, who first appeared in Marvel comics as a foil to Spider-Man and later became a flawed antihero. 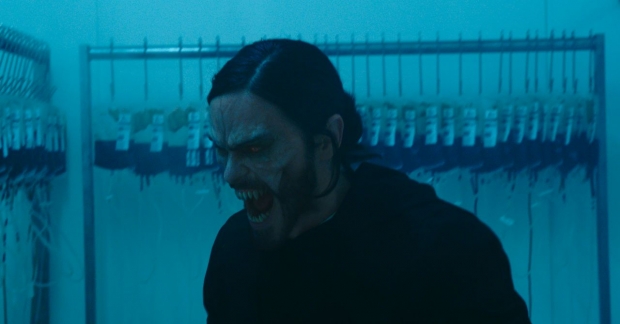 Sony has unveiled the final trailer for Morbius, the forthcoming feature built around Marvel antihero Dr. Michael Morbius, a brilliant biochemist whose rare blood disorder turns him into a vampire.

Played by Jared Leto, Morbius discovers a dark force that dwells within after his ultra-risky attempt to cure himself transforms him into an undead predator. Taking cues from Venom, the film looks to elevate the supercreature status of its conflicted titular character, while further adding to the cinematic canon of Spider-Man spinoffs.

In the trailer, we hear Adrian Toomes (Michael Keaton) appeal to Morbius’ inner-demons, imploring him to “Discover who you’re meant to be.” The line is strikingly similar to one uttered by Ethan Hawke’s sinister character in Moon Knight, who, in the trailer for that Marvel series, tells an identity crisis-ridden Marc Spector (Oscar Isaac), “There’s chaos in you… embrace it.”

Morbius is directed by Daniel Espinosa, from a screenplay by Matt Sazama and Burk Sharpless. Avi Arad, Matt Tolmach, and Lucas Foster serve as producers. Matthew E. Butler serves as production VFX supervisor; Digital Domain, Lola Visual Effects, NVIZ, One of Us, and Storm Studios are providing the visual effects.

The film weathered its share of delays before finally being cleared for its theatrical release. Pushed back six times before settling on an April 1, 2022 release date, it’s one of countless other major titles that suffered setbacks related to the COVID-19 pandemic and its viral variants.

Watch the final trailer for Morbius below: