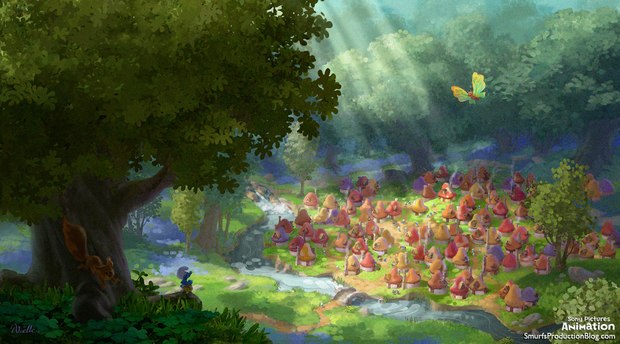 Sony Pictures Animation announced on Wednesday that its untitled animated Smurfs feature will be released globally on March 31, 2017, taking advantage of the family-friendly Easter window. The film marks a brand new, fully animated take on the beloved blue creatures in Columbia’s Smurfs franchise which has grossed over $900 million worldwide.

Commenting on the announcement, Rory Bruer, president, Worldwide Distribution for Sony Pictures, said, "With a fully animated feature close in tone and design to Peyo's original creation, we're embracing everything that have made the Smurfs so special for audiences worldwide. The date is a perfect match for this particular movie. With the kids on break, every day plays like summer, and for franchises with global appeal like the Smurfs, audiences are ready to turn out for great entertainment."

“I want nothing more than for this ALL-NEW ANIMATED SMURF MOVIE REBOOT to be the very best ever depiction of the Smurfs since the original Peyo comic books,” writes Asbury on The Blue Print production blog. “Since this new film has no connection to the previous live action hybrids, we have a whole new world to create and it is critical to me and my crew that we deliver a movie that will enchant families and fans worldwide for years to come.”