Speculation based on Sony job listings indicates PlayStation will build a development studio to focus on a Naughty Dog AAA action/adventure game, potentially a new installment of the ‘Uncharted’ franchise. 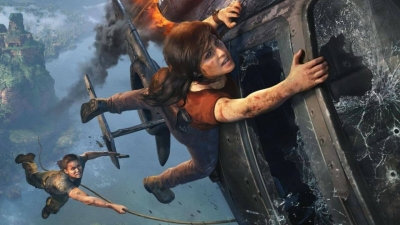 This must be quite a game! Rumor has it that Sony is hard at work building a game development team to support Naughty Dog on a new, currently unannounced, PlayStation game, according to IGN. This is certainly worth the effort, as Naughty Dog has developed some of the biggest gaming franchises of a generation, including The Last of Us and Uncharted.

Even though a new studio, team, or game has yet to be officially announced, sleuthing fans have noticed a Sony job listing calling for a senior producer for a new team working closely with PlayStation Studios Visual Arts, in partnership with Naughty Dog. "Though currently unannounced, we have a clear vision and plan to release," reads the listing. "Using our existing expertise and premier talent, we will guarantee a high visual quality bar for the game and a compelling experience for our players." The employee must be "proficient in all aspects of AAA game production and management," meaning the upcoming title could be AAA as well.

This new studio would allow PSS Visual Arts more resources to aid other PlayStation studios, a move that seems to have been in the works for years, if other job listings are any indications. A listing from 2020 called for personnel to work on “a third-person action/adventure game with melee and ranged combat,” which could mean PlayStation is getting ready to assist Naughty Dog on another Uncharted installment, which would be the first time the developer handed off a major title to another studio. Alternatively, this could be an indication of an entirely new collaborative IP.

While all information is currently strictly speculation, the job listings indicate a strong possibility something is afoot. Unfortunately, we’ll just have to wait for an official announcement.