Criticism led to online calls for boycott and petition prior to the studio’s statement. 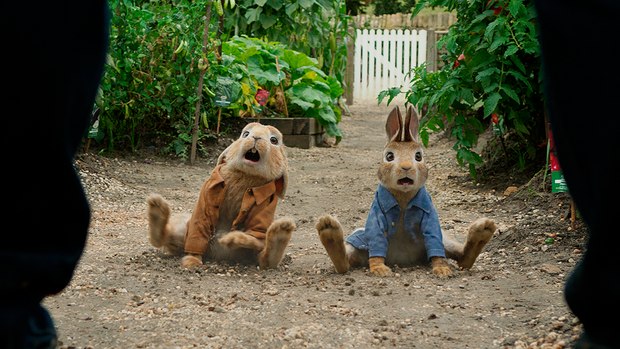 Sony Pictures has apologized for a scene in 'Peter Rabbit' that drew criticism as insensitive to people with food allergies.

Sony Pictures has released a statement apologizing for its portrayal of food allergies in the hybrid animated feature Peter Rabbit. The studio issued the apology after calls for a boycott of the movie were made by parents of children with food allergies and allergy advocacy groups.

The scene in the film, which opened in theaters Friday, shows Peter Rabbit throwing blackberries at Mr. McGregor when Peter knows the farmer is allergic to them. Their attack works and McGregor is shown choking and then giving himself an epinephrine injection to alleviate the reactions.

Sony’s statement: "Food allergies are a serious issue. Our film should not have made light of Peter Rabbit's arch nemesis, Mr. McGregor, being allergic to blackberries, even in a cartoonish, slapstick way. We sincerely regret not being more aware and sensitive to this issue, and we truly apologize."

The boycott spread on Twitter with the hashtag #boycottpeterrabbit, and via an online petition.

Allergy advocates and doctors criticized the scene as particularly insensitive given that are real-life instances of “food bullying,” in which children with food allergies are threatened with harm by others using their allergy.