Lauren Faust, the Emmy-winning director behind the 'My Little Pony' franchise reboot, is attached to direct new 'Medusa' feature for Sony Pictures Animation. 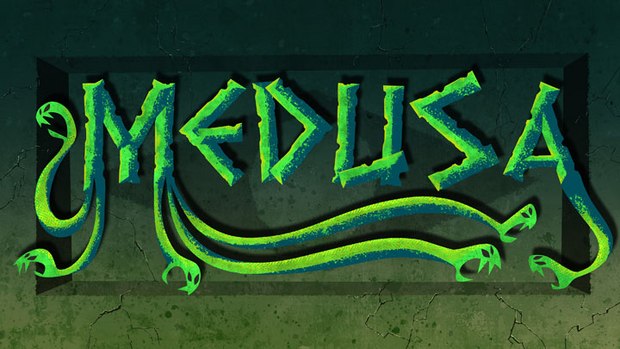 Culver City, CA -- Sony Pictures Animation has announced the acquisition of an original animated comedy feature pitch by Todd Alcott and Holly Golden entitled Medusa, which will tell an all-new story behind the infamous snake-headed lady from Greek mythology. Emmy winner Lauren Faust, who rebooted the My Little Pony franchise in 2010 and turned it into the current My Little Pony: Friendship is Magic phenomenon with an ever-growing fanbase of all ages, is attached to direct the feature.

“After hearing the ingeniously funny pitch from Todd and Holly, we could immediately see the enormous potential in the idea,” Kouyate stated. “And when Lauren Faust, a uniquely gifted animation filmmaker with a real talent for relating to audiences, connected with the project, we knew the combination of her vision and their story would create something extraordinary. Medusa will be a clever, heartfelt animated comedy about a girl who’s having the ultimate bad hair day.”

“Todd and Holly's version of the tale of Medusa is filled with so many of my favorite ideas to work with: magic, mythology, humor and strong, funny, extremely relatable characters,” said director Faust. “I was excited by the idea of showing the comedy behind an otherwise horrific monster, and I was really drawn to the writer's unique re-imagining of Greek mythology.  In our story, we meet Medusa as a young human, who, like so many of us, is overwhelmed with trying to fit a certain mold to please others.  Her resulting popularity ticks off the wrong Goddess who turns her into the snake-haired monster we all know and fear. Medusa sets out on a quest to reverse this curse with the help of a goofy team of oddball and misfit mythological creatures who help her learn that what makes you different is, in fact, what makes you strong.”

Allcott was a co-writer on the animated feature hit Antz, and most recently worked on the Weinstein Company’s live-action The Giver, starring Jeff Bridges and directed by Philip Noyce; Golden has enjoyed a successful career in reality television production.