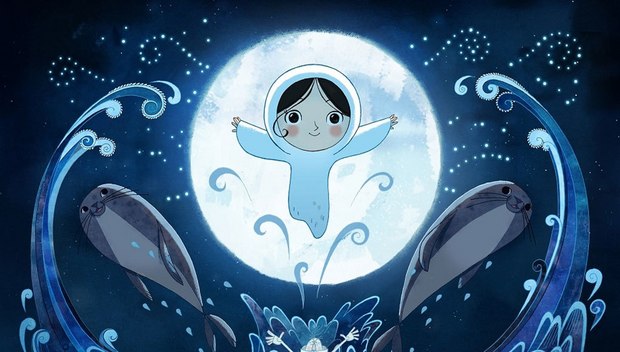 At the second biennial Irish Animation Awards, held in Dingle last weekend, Song of the Sea won the best film award. This adds to the many accolades received by Tomm Moore and Cartoon Saloon for this film including the 2015 Oscar nomination for best animated feature and its victory at the 28th European Film awards.

The packed room in The Skellig Hotel in Dingle, Ireland included representatives from Amazon Prime, Disney, the BBC and Netflix as well as representatives of the many animation studios in Ireland.

Other winners included Boulder Media’s Go Jetters for Best Visual Effects (VFX) as part of an Animated TV Series of Film, Vincent Gallagher’s Second to None for Best Animated Short Film and Best Music/Sound Design award was for Danger Mouse. Animation Ireland’s second awards ceremony which was sponsored by RTÉjr, the Irish Film Board, Animation Skillnet and Gareth Lee, acknowledged the outstanding creative talent within the Irish animation, visual effects and gaming industries.

A special Murakami was awarded to Aidan Hickey. Aidan graduated from the NCAD with a degree in painting in 1966. After working as an artist for a time, Aidan discovered his talents were better suited to animation and he became one of the first animators to work in Ireland. He worked on an animation contract with RTÉ into the 1990s, but when that contract dissolved Aidan built up contacts with animation studios across Europe, the US and Asia. As an animator, scriptwriter, director and teacher Aidan Hickey carved out one of the most admired and respected careers in the industry.

Murakami is an award named after Jimmy Murakami who, together with Fred Wolf, established Murakami Wolf Dublin to produce the hit animation series Teenage Mutant Ninja Turtles. He was the subject of a 2010 feature documentary film made by Irish director Sé Merry Doyle and produced by Martina Durac and Vanessa Gildea of Loopline Films. Jimmy Murakami - Non Alien was premiered in Dublin at the 2010 IFI Stranger than Fiction Film Festival. Paul Young, Industry chair Animation Ireland said: “It is fantastic to see so many in attendance at the awards which demonstrates the growth which the Irish animation industry has experienced. We Irish have a passion for storytelling and the arts -- a culture which is ideally suited for the creativity of world-class animation studios and the quality of the award nominees shows this.”

Speaking at the awards, Animation Skillnet manager Gareth Lee commented: “It’s great to see the Irish Animation Awards back again this year to celebrate the fantastic work being produced by the Irish animation and related industries. It looks like 2017 will be another outstanding year for the sector with lots of interesting projects and plenty of job opportunities for graduates. Tonight shows that animation in Ireland is alive and well and we are very happy to have been involved.”

Sheila DeCourcy, RTÉ Group Head of Children, said: “It’s a joy for RTÉ Young Peoples to collaborate with Irish animators in bringing powerful series and short films to young and old audiences. Acknowledging their success is something that RTÉjr is proud to be part of.” The list of 2017 Irish Animation Award winners is shown below: