Series for teens is about a girl who travels to a parallel fantasy world that will be created by the famed Creature Shop. 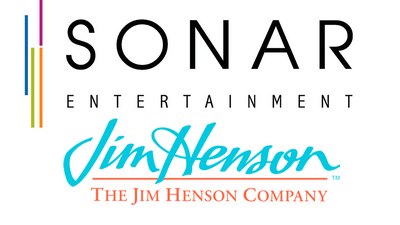 Rift follows 17-year-old Sydney Jensen, who is caught between two worlds. In one, she struggles with the drama, comedy, and romance of high-school life. In the other, Sydney is a rebel in the parallel world of Elysia, where she teams up with alternate versions of her friends from Earth to stop Ars Ratio, a dark organization out to subjugate both worlds through violence and oppression. Everything changes when Sydney learns she has the power to travel, or rift, between Earth and this extraordinary fantasy world -- and discovers there’s an evil version of herself in Elysia, too. The parallel world will be brought to life by Jim Henson’s Creature Shop.

“We are thrilled to be collaborating with the iconic and wonderfully creative Jim Henson Company on this new series,” said Andrea Gorfolova, president of kids, family and factual at Sonar Entertainment. “We are equally excited about the concept behind Rift. It is inventive, original and truly genre-blending. This series also marks an important new evolution in our growth, as we are now moving full on into live action television for an older audience within the kid’s space.”

“We are so excited to be creating and playing in an entirely new fantasy world with Sonar Entertainment and writers Simon Racioppa and Richard Elliot. Simon and Rich fit in seamlessly with The Jim Henson Company’s long legacy of fantasy world building,” said Halle Stanford, president of television at The Jim Henson Company. “The combination of their narrative genius, the innovations of Jim Henson’s Creature Shop, as well as the creative power behind Henson and Sonar, ensures that this property will resonate with fans of adventure and fantasy alike.”