Latest version of markerless camera tracking and previs solution for real-time visual effects and on-set visualization to be showcased at Dubai conference. 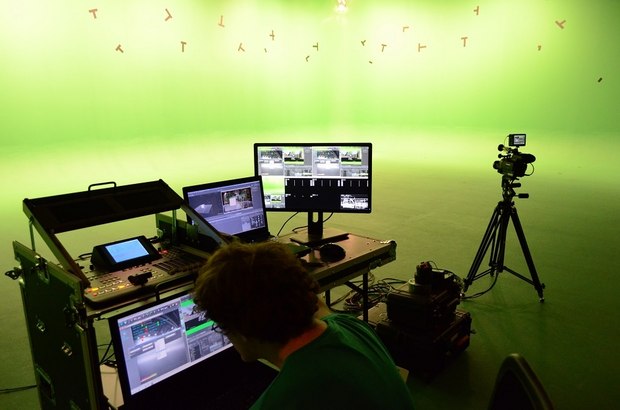 Paris, France -- SolidAnim, a leader in virtual production products, introduced the latest version of its SolidTrack solution for the film and broadcast industries at CABSAT 2015.

SolidTrack is a real time camera tracking solution for recording camera moves and data logging of camera moves on the virtual set.  This simple yet versatile markerless camera tracking system for the film and broadcast industries addresses virtual production needs.  SolidTrack's flexibility allows filmmakers to shoot both indoors and outdoors with the same high quality results.

The innovative real-time markerless tracking and previz solution is used for recording camera moves and data logging of camera moves on the virtual set.  It allows the tracking of all camera types as well as the overview of special effects in real time while shooting. Solidtrack is highly mobile and can be set up quickly (10 minutes) whether indoors or outdoors, and tracks instantly on any new setup.  The light solution is comprised of one cable and one survey camera weighing less than 150g.

SolidTrack new version includes a wireless option, a smaller and lighter camera survey and a new platform compatible with Linux.

SolidAnim also has motion capture systems that meet the highest demands in terms of capture (body, face, both combined in performance capture, real-time, multi characters up to 10 actors simultaneously), based on innovative technology and years of team experience with mocap.  SolidAnim has also developed its eye tracking solution to give virtual characters more realism.

SolidAnim offers the simultaneous combination of its real-time camera tracking system with its motion capture system, the only company in the industry to do so to date.  The motion capture can be integrated with SolidTrack plus virtual landscapes and ICG.

SolidAnim's SolidTrack system was utilized on Emmy-nominated and Visual Effects Society winner Cosmos: A Spacetime Odyssey and the upcoming Alice in Wonderland 2: Through The Looking Glass film and The Walk, Robert Zemeckis' latest film, as well as other productions such as Da Vinci's Demons series, Linkers and Cafard and Martin Scorsese's Hugo Cabret.  SolidTrack was also used on the recently released videogame, The Crew.