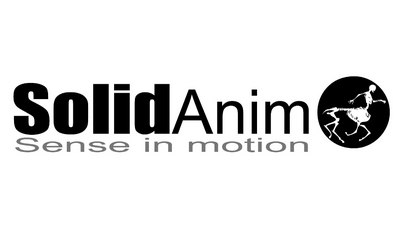 PARIS, FRANCE -- SolidAnim, a leader in virtual production, announced the introduction of a new version of SolidTrack at Cinegear 2016. SolidTrack has been utilized on films such as Alice Through the Looking Glass, Warcraft and The Walk, and television series such as Cosmos: A Spacetime Odyssey and DaVinci's Demons.

The new version of SolidTrack includes the rendering game engine, Unity. The Unity 5 plug-in, developed by the SolidAnim team, receives tracking data from SolidTrack and matches it in a 3D environment. The combination of SolidTrack's camera tracking data with video game rendering engine enhances user creativity with the large panel of tools in Unity 5 and the friendly user interface of SolidTrack. The combined solution enables augmented realities and delivers a high quality result, both to broadcasters and filmmakers.

The application of this new rendering technology is valuable through the entire workflow of film making, the pre-production, production and the construction of the final content. The Unity rendering engine has exceptional quality graphics, the engine is close to the pre-calculated animation.

SolidTrack offers different opportunities for film and broadcast. The real-time camera tracking solution allows directors to see in real time the final rendering of a film or broadcast while in production. This offers a huge gain in creativity to directors, as SolidTrack Unity can do the motion capture, save the 3D scene, and integrate the virtual element simultaneously through the film camera. It provides an impressive gain in visual quality and time efficiencies.

The virtual camera offers a new virtual experience without any constraints (no markers, no mocap equipment). Mr. Méliès has a full stabilizer HD monitor with system. With Mr. Méliès, users can frame the real world to the virtual world.

Mr. Méliès is an ergonomic and smooth tool with a stabilized rotating screen that allows shooting in any position without losing the view screen. The system has been designed to offer to the end user a complete comfort. The wireless tool is flexible and easy to use for the previs on set of movies or broadcast shows.