SolidAnim Goes Through the Looking Glass in ‘Alice in Wonderland’ Sequel

On-set virtual tracking equipment and visualization software utilized for previsualization and tracking on Disney’s ‘Alice Through the Looking Glass.’ 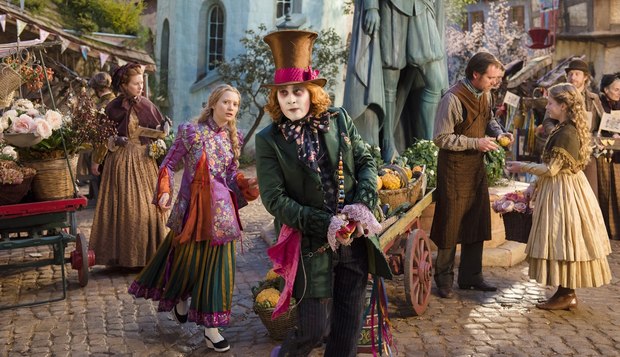 PARIS, FRANCE -- SolidAnim, a developer of on-set virtual tracking equipment and visualization software, announced its SolidTrack system was utilized for previs and tracking on the film Alice Through the Looking Glass. As of May 31, 2016 the film has grossed over $105 million worldwide.

Alice Through the Looking Glass is the sequel to the 2010 film Alice in Wonderland, and is loosely based on the book, Through The Looking-Glass, by Lewis Carroll. The film stars Mia Wasikowska, Johnny Dep, Helena Bonham Carter, Anne Hathaway, Sacha Baron Cohen and Rhys Ifan, and was released by Walt Disney Pictures in May. Critics have described the film as “visually impressive.”

Principal photography began in August 2014 at Shepperton Studios and filming took place in Gloucester Docks, which included the use of four historic ships. SolidTrack was utilized during the 2 months of production shooting. The SolidTrack system was utilized for previs of these scenes while shooting them real-time. Visualizing in live VFX gives the director the exact final result, which is recorded real-time and sent to post-production, resulting in a significant amount of time and financial savings.

Mickael Partouche, SolidTrack Operator, was on-set during filming and commented, "I worked closely with the VFX Producer Mike Chambers. They used SolidTrack on-set as it allowed them to accomplish things they were unable to do previously.”

SolidTrack is a real time camera tracking solution for recording camera moves and data logging of camera moves on the virtual set. This simple yet versatile markerless camera tracking system for the film and broadcast industries addresses virtual production needs. SolidTrack’s flexibility allows filmmakers to shoot both indoors and outdoors with the same high quality results.

SolidAnim also has motion capture systems that meet the highest demands in terms of capture (body, face, both combined in performance capture, real-time, multi characters up to 10 actors simultaneously), based on innovative technology and years of team experience with mocap. SolidAnim has also developed its eye tracking solution to give virtual characters more realism.

SolidAnim can combine its real-time camera tracking system with its motion capture system, the only company in the industry to do so to date. The motion capture can be integrated with SolidTrack plus virtual landscapes and ICG.

SolidAnim’s SolidTrack system was utilized on Robert Zemekis’ critically acclaimed film, The Walk, Emmy-nominated and Visual Effects Society Winner Cosmos: A Spacetime Odyssey, Gods of Egypt, Alice Through the Looking Glass, Warcraft, and Ghostbusters 3 films. It has been selected by Lightstorm and Weta Digital for the next two Avatar sequels.