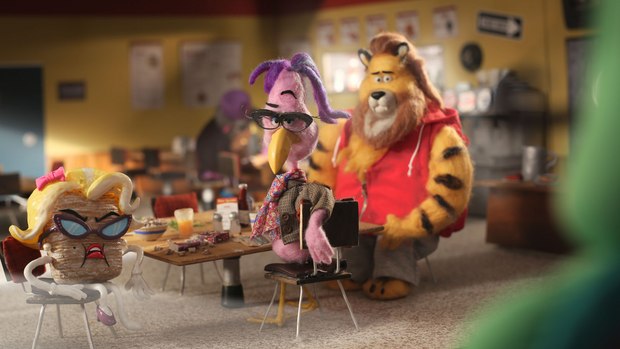 MONTREAL -- Soggy Flakes, the animated short film comedy and latest project from the award-winning Affolter Brothers, will make its world premiere at the Montreal Stop Motion Festival on September 16th, 2017. The world premiere will be at 2:30 pm at the J.A de Seve Theatre at 1453 Mackay Street.

Directed by the veteran Affolter Brothers of Foreshadow Films and winner of the Storyhive animated short film grant, Soggy Flakes tells the story of a group of washed-up, out-of-work breakfast mascots who form a weekly support group to help them deal with the reality of a low-carb, sugar-free and gluten-intolerant world. The chance arrival of Captain Kale, a sell-out ex-colleague at one of their meetings forces the group to re-evaluate what it means to be successful.