With director Bong Joon-ho’s Snowpiercer still in theaters, the sci-fi feature racks up an impressive $3.8 million over its first two weeks on VOD. 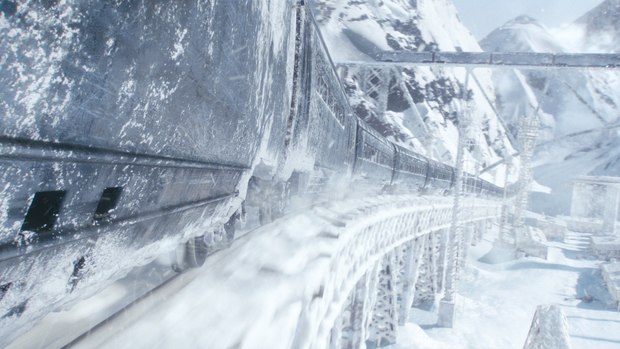 With director Bong Joon-ho’s Snowpiercer still in theaters, the sci-fi feature has already racked up an impressive $3.8 million over its first two weeks on VOD, according to a report by Variety.

The specialty box office film, distributed by The Weinstein Co.’s RADiUS-TWC label, is expected to become the company’s highest-grossing VOD release, skyrocketing to the number one spot on iTunes and many other digital platforms less than a day after launching online. Over its five weeks in theaters Snowpiercer pulled in a respectable $3.9 million.

“Some people used to view VOD and multiplatform releasing as a dumping ground for movies a studio doesn’t believe in theatrically. We believe in these movies as theatrical propositions, but the reality is, people can’t always get a baby-sitter, or they’re too busy to leave their homes,” RADiUS-TWC co-president Tom Quinn said to Variety.

“Because of VOD first-window exploitation, more times than not our films have entered into profitability,” Quinn added. “They’ve gone on to success in additional windows.”

With Snowpiercer earning an estimated $1.1 million from VOD this past weekend, nearly twice as much as the $635,000 it earned in theaters, RADiUS-TWC is taking steps to create a new language around digital platform revenues.

“From a layman’s perspective these numbers are possibly not that interesting,” Quinn told EW. “But from an industry perspective, it’s a game changer.”