The comedienne and actress had a recurring role on ‘The Simpsons,’ voicing the ever-patient Manjula Nahasapeemapetilon, who puts up with her husband Apu's long hours at the Kwik-E-Mart while caring for octuplets. 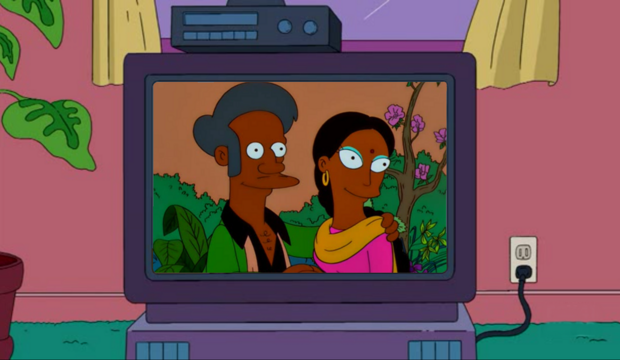 AWN was saddened to learn of the passing of comedienne and actress Jan Hooks, as was reported by TMZ. The former Saturday Night Live star died on Thursday at the age of 57.

Hooks appeared on SNL from 1986-91, where she was known for her recurring character Candy Sweeney of “The Sweeney Sisters,” and famously impersonated Bette Davis, Betty Ford, Nancy Reagan, Sinéad O'Connor, Jodie Foster and Hillary Clinton. Passed over for the 1985 SNL cast in favor of Joan Cusack, Hook joined the series the next season alongside Dana Carvey, Phil Hartman and Nora Dunn. Also a regular on TV mainstay Designing Women, Hook most recently appeared on 30 Rock as Jenna Maroney's mother, Verna.

She also had a recurring role on The Simpsons, voicing the ever-patient Manjula Nahasapeemapetilon, who puts up with her husband Apu's long hours at the Kwik-E-Mart while caring for octuplets. In one episode, told what a blessing her children must be, Manjula replies, “Oh, they’re a ravenous swarm of locusts. Just eating and screaming and grabbing and poking and pulling and drooling and two have cradle rash. How do you get cradle rash when you sleep in a suitcase!?”

Hooks also visited the world of Futurama, where in 2001 she voiced the role of Angelyne in “Bendless Love.” In 1992, she voiced the role of Lil alongside Jonathan Winters in the TV special Frosty Returns. She also appeared in a handful of films, including Tim Burton's Batman Returns and, most notably, Pee-wee's Big Adventure, where she delivered the catchphrase, “There's no basement in the Alamo!”