SND and Quad Team Up for 3DCG Animated Film ‘Kittened’

The feline feature follows famous rapper Tough Dog, who swaps bodies with a kitten and must ask shy girl Kim for help in exchange for advice on how to be popular. 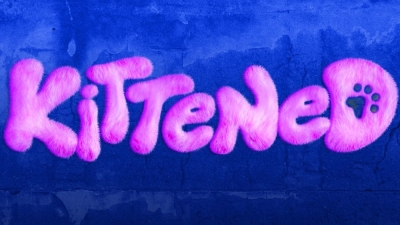 Meow! The new 3DCG animated feature Kittened, which follows a Parisian rapper who inexplicably swaps bodies with a kitten, is currently in production from Quad and SND, the film division of French commercial network M6, according to Variety. Albert Pereira-Lazaro (Lascars) is set to direct and co-write with Leonie de Rudder.

Kittened is described as revolving around famous rapper Tough Dog, “who is challenged to a rap battle by the Kalixte, a rising star with millions of followers. A week before the battle, Tough Dog wakes up in the body of a kitten, with the kitten’s spirit in Tough Dog’s body. To reverse the situation back to normal, he has to ask Kim, a shy young girl, for help. In exchange, Tough Dog will teach her to become popular.”

“We look forward to bringing to our international partners a new and entertaining movie that will mix rap and cats, two very popular phenomena that can be a big source of comedy,” head of international distribution at SND Ramy Nahas said. “We know the project will resonate with audiences all over the world.”

Gabriel Jolly Monge (Sing 2, Pets) will serve as artistic director, while Julien Le Roland (Around the World in 80 Days) is the character designer; Michel Pecqueur (Dragon Hunters) is the CG supervisor; Régis Maillet (Despicable Me, Minions 2) is the set designer; and Olivier Ducrest (Ladybug) is head of story. Quad’s Tann Zenou will produce alongside SND’s Rémi Jimenez and Mathieu Fort.

Animation studios Mac Guff, the banner behind the Despicable Me franchise, and Paris-based Jungler, which lent its talents to The Smurfs, have been tapped to work on the film. SND will handle French distribution of the project, which will be initially shown to buyers at the American Film Market (AFM).

Kittened is expected to release in 2025.