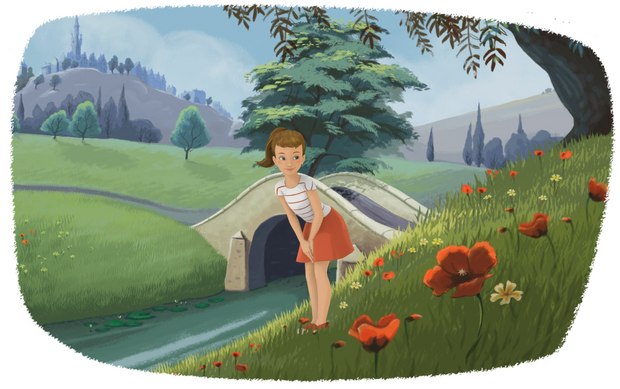 “The first season was true to the license spirit and had a universal, timeless feeling that audience responded to,” said SND head of sales Alexis Cassanet. “We are glad to renew our collaboration with Les Armateurs, the producers of the original season for this Season 2. They surely bring this French touch that resonates to the audience worldwide. International Broadcasters should expect 52 new episodes with the very same ingredients that made the first season so likeable and popular.”

SND is also bringing the completed season of Zoom the White Dolphin, Nicole Lambert’s Triplets and Petz Club to the buyers at this year’s MIP Jr. European animation marketplace.

“With the full season completed, international buyers and broadcasters will see that these colorful characters, the episodes ’storylines and look live up to their expectations,” commented SND international sales and distribution director Charlotte Boucon. “And just having received the first figures from the French broadcasters, we have hard data that proves how attractive these programs are on their target.”

Zoom the White Dolphin, a 52 x 13-minute animated series based on the characters of Vladimir Tartakovsky and Marc Bonnet, is produced by Media Valley and Marzipan Films and co-produced by TF1 and Gaumont Animation, with the participation of ZDF and Tiji. Fully produced in CGI, Zoom the White Dolphin is set in an exotic island paradise surrounded by coral reefs. The series follows the thrilling adventures of Yann, a 15-year-old boy, Marina his 7-year-old sister and Zoom, Yann's best friend, an incredible wild white dolphin. The episodes offer a unique mix of action and comedy while engaging the audience in the discovery of both the underwater world and that of Polynesian traditions. Zoom the White Dolphin is currently airing or will soon on KIKA (Germany), YOOPA (TVA/Canada), HBO Latin America (Latin America), TV2 AS (Norway) ,VRT (Belgium), AMC Central Europe (Hongria), Canal+ Pologne (Pologne), TV3 Catalunya (Spain) and RTS (Switzerland). TF1 began airing Zoom the White Dolphin in France on August 2015. The TV series gathers an average of 21 percent of the 4-10 year old audience and is a leader in its time slot.

Nicole Lamberts’ Triplets is a 78 x 7-minute animated series based on the iconic characters by Nicole Lambert, is produced by Media Valley, La Station Animation and Melusine Productions. Nicole Lamberts’ Triplets are icons of the French speaking world’s cultural heritage like Little Nick, Martine, and Babar. Published in 1983 for the first time in Madame Figaro magazine The Triplets was an overnight success and an amazing success story in print. In addition, 23 comic books by Nicole Lambert have been published with over 2 million copies sold around the world. Nicole Lamberts’ Triplets tells the “everyday adventures” of two brothers and their sister, exploring childhood with an incredible energy and a wild imagination and making blunders along the way. The TV series is currently airing or will soon on TV2 AS (Norway), AMC Networks Central Europe (CIS), Canal+ Pologne (Pologne) and Al Jazeera Children (Middle East). France 5 began airing the series in October 2014, with it constantly ranking among the top three programs on the channel. The TV series gathers an average of 17percent of 4-10 year-olds, reaching up to 28 percent and 260.000 viewers in that target group.