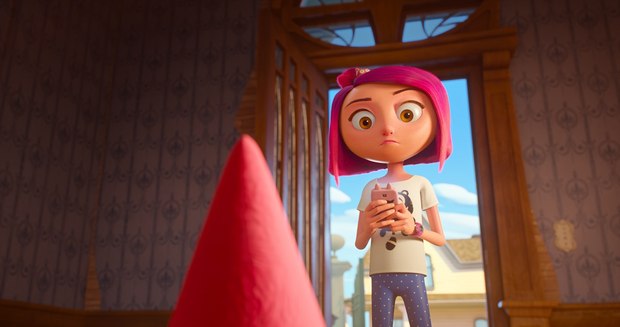 LOS ANGELES -- Moving to build out its release slate, newly-minted theatrical film distribution company Smith Global Media has added two animated family movies to its burgeoning slate, acquiring distribution rights to Gnome Alone and Charming. Both films were financed and produced by 3QU Media in association with SC Films International and created in Cinesite’s Montreal studio. Both films were produced by John H. Williams (Shrek) and were executive produced by 3QU Media’s Henry Skelsey, Jon Christianson and Jeremy Ross. The announcement was made today by Harry Smith, Founder and CEO of Smith Global Media.

The film is an irreverent animated comedy about a young Prince (Wilmer Valderrama) with an irresistible appeal and one kick-ass maiden who wants him only for his money. Cursed as a child, every woman Prince Felipe Charming meets falls in love with him, leaving a trail of lovesick ladies and scorned lovers to wreak vengeful havoc on the Kingdom. In order to beat the curse before his 21st birthday, Prince Charming will embark on an epic journey. Accompanied by a strong-willed thief named Lenore, the prince must achieve three feats of heroism that will reveal which princess is his one true love. Now it’s a race against time. But Charming will discover that it’s not actually whom you run the gauntlet for, but rather whom you run it with.

When Chloe (voiced by Becky G) discovers that her new home’s garden gnomes are not what they seem, she must decide between the pursuit of a desired high school life and banding with the gnomes to fight against the Troggs, menacing little monsters who have invaded the house through a portal from another world.

Michael Schwartz and Zina Zaflow wrote the screenplay based on a screen story by Rob Moreland and a story by Micah Herman & Kyle Newman. Gnome Alone was produced by John H. Williams and shepherded through production by 3QU’s head creative, Danielle Sterling.

Said Harry Smith, “It is a huge coup for Smith Global Media to acquire two highly commercial films of this caliber. ‘Charming’ features an all-star cast who will also lend their musical talent to this reimagined tale of three familiar fairy tale princesses. ‘Gnome Alone’ has an amazing mix of humor and excitement that will appeal to a wide family audience.”

Smith added, “This dual acquisition enhances our company’s position in the marketplace and illustrates our desire to be the home for the most acclaimed independent films worldwide. ‘Charming’ and ‘Gnome Alone’ are both terrific family comedies that will appeal to the masses and be supported with a significant level of marketing and advertising. This acquisition further exemplifies our commitment to aggressively growing our theatrical release slate for 2017 and 2018.”

Hillary Arlene Jones, Smith Global Media’s Head of Legal and Business Affairs, negotiated the acquisition of Charming and Gnome Alone on behalf of the distributor. UTA handled negotiations on behalf of 3QU Media.

The acquisitions come on the heels of Smith Global Media closing a multi-year home entertainment distribution agreement for its releases with Sony Pictures Home Entertainment (SPHE). Including both digital and physical distribution worldwide, SPHE will also handle the subscription video-on-demand (SVOD) and television distribution.