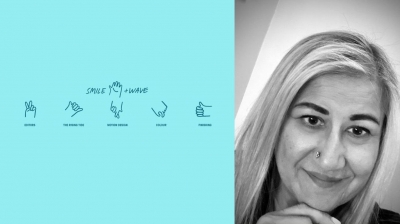 Post-production collective Smile + Wave has announced the addition of Shenny Jaffer to their creative team, joining Ashley Monaghan as executive producer. Starting off at the Ogilvy agency as a receptionist, Jaffer found herself in the broadcast department assisting a team of producers before moving on to producing herself. After working on the agency side, she moved into animation, producing for a 2D/3D animation and motion graphics studio.

Jaffer has worked with directors, creatives, and marketing teams with brands including Coca-Cola, Cadbury, Kronenbourg, IBM, Dove, and Tim Hortons. At Wunderman Thompson she served as head of integrated content & broadcast, and on contract as an executive producer for Alter Ego. In her new role at Smile + Wave she will be responsible for supporting strategic and creative thinking from planning to execution.

“When I spoke with Chris [Van Dyke, Founder and Editor] at Smile + Wave, I was grinning from ear to ear,” shared Jaffer. “Not only is he a brilliant creative mind, but a very smart businessperson who found a niche in the market. Smile + Wave’s approach is not only unique but also innovative. In this new world, our clients continue to look for cost-effective ways to create impactful content. Smile + Wave offers just that and more. This is my next adventure, and I am more than thrilled to be working alongside Chris, Ashley, and the team.”

“Shenny joins our team with a wealth of knowledge and years of experience in every layer of the advertising and content business,” commented Van Dyke. “Her expertise, respect for people, and love for the creative process will be a huge asset to Smile + Wave. I am honored to build the Smile + Wave brand alongside one of the best in the biz, and work with her on projects across the creative spectrum with brands, agencies, PR, production, and post companies.”