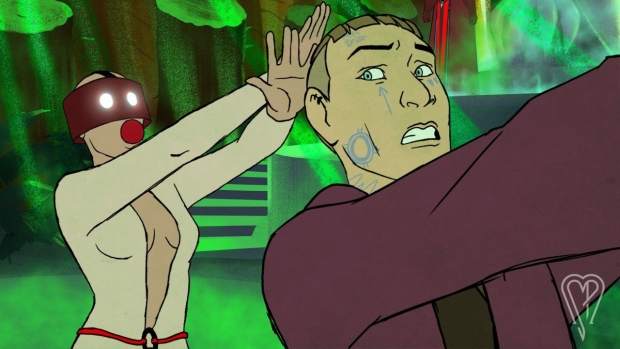 Watch the latest episode, I'm In Love With Your God, set to the soundtrack of "Anno Satana."

Click here to watch In Ashes Episode 1, "The Colour Of Love," and Episode 2, "Confessions of a Dopamine Addict.”

In discussing the project, Jared Hobbs, producer of In Ashes and executive director at Deep Sky, says, “It's been an honor to work with such a massively influential band and to collaborate directly with Billy. Translating his narrative vision into cinematic form has been a fun challenge for our team. There’s a lot of nuance. With this in mind, we created this dark futurist-goth art style, leveraging the traditional techniques of aquatint and ink washes, while using line-boil to feed the rough and energetic look. There is a living line quality to each character. It’s very raw. You feel the artist’s stroke on every frame. It’s nostalgic, yet intentionally present and rooted in the moment."

Describing his “fantastical and surreal sci-fi adventure,” Corgan shared, “The original story is something I’ve written and although it’s (mostly) lighthearted, In Ashes does address many things we face each day. That is… if… we live in dystopia, or paradise, or both. The choice, some say, is yours; and could even be a quantum issue.” While no Episode 4 or 5 release schedule has been published, we anticipate they’ll drop close to CYR’s November 27 release date.