Kidstream picks up U.S. rights to popular Canadian franchise as it enters its third season and launches two new spinoffs. 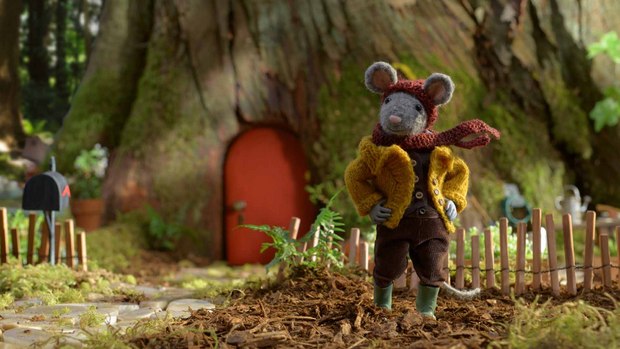 This will be the third season of 5-minute episodes of Scout & The Gumboot Kids. The series won the best children’s and youth program at Canada’s Golden Sheaf Awards in both 2016 and 2017. It also won five 2017 Leo Awards including best children’s program, and it was also nominated for the 2017 Canadian Screen Award for best pre-school series.

Mixing live-action and traditional stop-motion animation, Scout & Gumboot Kids features Scout, a curious mouse that leads the Gumboot Kids through a series of clues that take them outdoors to solve nature's mysteries. The series -- filmed on location in Vancouver, Burnaby, Hope and Manning Park, BC -- encourages children to discover the wonders of nature.

“The Gumboot Kids is creating a ‘new normal’ for an entire generation,” says Sandra de Castro Buffington, founding director of the Global Media Center at UCLA. “This pioneering series transports young children into the practice of mindfulness and the magic of nature. The values of gratitude, appreciation, and respect will stay with young viewers throughout a lifetime, creating a world we all want to live in.”

Gumboot Kids was created by husband-and-wife creative team, Eric Hogan and Tara Hungerford. Their children also star as Gumboot Kids. “Raising our two children in the city, we wanted to create a show that could be an antidote to the pace and pressure of family life today,” says Eric Hogan, the shows’ co-creator and co-showrunner. “Seeing the impact of a simple evening nature walk on our own children’s stress levels, we knew we were onto something. By subtly weaving in concepts of nature-connectedness and mindfulness -- techniques proven to reduce stress -- into an entertaining five-minute show, we hope we can have an impact on other families too.” Daisy & The Gumboot Kids is a new digital series featuring Daisy -- Scout’s best friend -- a nature-craft loving mouse. In each episode, she leads the Gumboot Kids through the creation of a nature-inspired craft. Ashleigh Ball of My Little Pony and Beat Bugs voices Daisy. Twenty episodes are currently in production in addition to a digital game for web, iOS and Android. Daisy & The Gumboot Kids will launch in Spring 2018.

Toronto, Canada-based distributor Sinking Ship Entertainment also announced that Scout and the Gumboot Kids has been picked up by Kidstream in the U.S., which debuted on Comcast’s Xfinity on Demand earlier this year.

The series has also been acquired by ABC Australia, JEI TV in South Korea, Blink in the Philippians and in the U.S. on the digital streaming platform, Curious World.