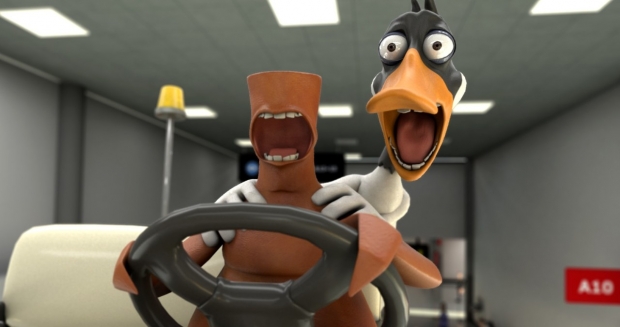 The Slapworks creative team has visual effects experience on 50+ tentpole film and TV projects (Avengers: Endgame, The Mandalorian, Game of Thrones, Star Wars: The Last Jedi, and Black Panther) and created Goosey with an eye toward unity.

Watch the first episode here then head over to the Slapworks YouTube channel for more:

"This show is about embracing differences,” noted director Mark Nelson. “Goosey is boneless, and Chicken is deep-fried and decapitated. One's spineless, the other is brainless. Total opposites. Separately, these two mutants will end up on a Chick-fil-A menu, but they're stronger together and might just stay alive by covering each other's flaws."

The show features nine episodes that will launch every two weeks in “chompable” 1-3 minute segments on the Slapworks YouTube channel.