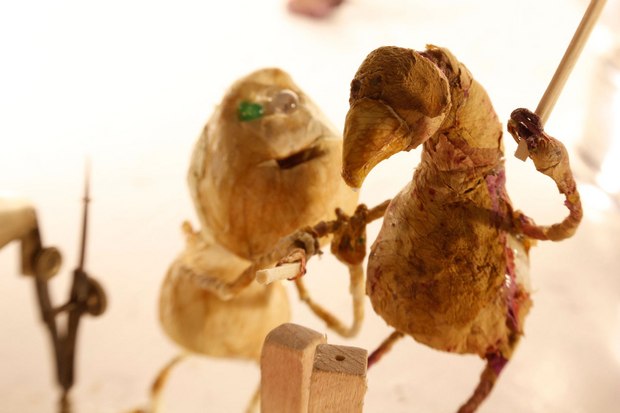 Organizers of the Slamdance Film Festival have announced upcoming sections for the long-running event’s 22nd year, including Special Screenings, Beyond Features and Short Film Competitions.

Fourteen animated shorts have been selected to screen in competition, including Matt Reynolds’ Bottom Feeders, Josh Shaffner’s Flaws, Heila Ormur directed by Rose Stark, Here There by Alexander Stewart, Lazy Daze by Brian Smee, Leftover by Tibor Banoczki and Sarolta Szabo, Life is Rugged by Simon Schnellmann, Mirror in Mind by SeungHee Kim, My Dad by Marcus Armitage, Pangs by Wendy Cong Zhao, The Past Inside the Present by James Siewert, Ripple by Conner Griffith, Still Life by Kevin Eskew, and Worm by Becky James.

U.K. filmmaker Ainslie Henderson’s stop-motion animated documentary short, Stems, will also screen for the first time in the U.S. as part of the Documentary Shorts competition. And screening as part of the Anarchy Shorts program is Australia’s Double-Blind No.1, by The Double-Blind Experiments.

“The Slamdance Special Screenings section this year is a mix of higher profile work, remarkable talent and a film we thought truly deserved further exposure,” said Special Screenings Programmer and Slamdance Co-Conspirator Paul Rachman. “Our closing night choice of Claire Carre's Embers is not a premiere but so what. We're far more interested getting behind a visionary film from a woman director we are excited to support and help expand her career and audience reach.”

The 2016 Slamdance Film Festival will take place from January 22-28, 2016 in Park City, Utah. Below are all of the films playing in the recently announced categories, with details and synopses provided by Slamdance.