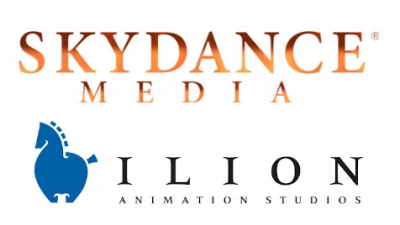 Skydance Media, the studio founded by David Ellison in 2010, has just acquired the animation business of Madrid-based Ilion Studios. The new business will be named Skydance Animation Madrid, bringing more than 500 employees in Spain and the US together under the John Lasseter-led Skydance Animation roof.

Skydance Animation had entered into a multi-year production deal with Ilion back in 2017. Since then, Skydance Animation has continued to expand, though not without controversy; the studio’s hiring of former Pixar and Disney animation chief John Lasseter back in January 2019 caused considerable outrage in the animation industry, prompting Women in Animation president Marge Dean to note she was “shocked and distressed” by the hire. The week following Lasseter’s hire, Holly Edwards was promoted to president, replacing animation veteran Bill Damaschke, former DreamWorks Animation CCO, brought on by Ellison in to run Skydance’s animation efforts in 2017. Several days later, two-time Oscar-winning actress Emma Thompson exited the studio’s feature, Luck, because of concerns about working with Lasseter. This past January, Peggy Holmes replaced Alessandro Carloni as director on the film. “The world is going through an unprecedented and uncertain time,” Skydance CEO David Ellison said. “Today’s acquisition marks the culmination of many months of work to build one studio across two continents, with the goal of creating the highest-quality animation, led by best-in-class talent from around the world. The addition of Skydance Animation Madrid to our portfolio of businesses underlines my passion and commitment to bringing iconic animated stories and characters to life from some of the most talented artists and voices in the industry.”

According to Ilion president and CCO, Ignacio Pérez, “We are excited to expand our partnership with Skydance Animation and to further collaborate with Skydance founder David Ellison and elite talent like John Lasseter and Holly Edwards. This is a phenomenal growth opportunity for our team in Spain and we’re proud to be an integral part of Skydance’s exciting future.”

The studio is also working on a slate of soon-to-be-announced TV series in various stages of development.