Nicole Kidman and Javier Bardem join voice cast on the upcoming Apple Original Films animated musical about a princess on a daring quest to save her family and kingdom. 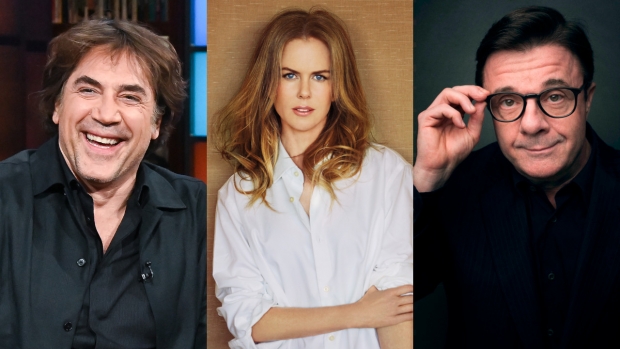 Academy Award winners Nicole Kidman (Being the Ricardos, Roar) and Javier Bardem (Being the Ricardos, Dune) have signed on to bring additional star power to the star-studded cast of Apple Original Films and Skydance Animation’s Spellbound. The upcoming animated musical tells the story about a princess on a daring quest to save her family and kingdom.

Kidman will voice the role of Ellsmere, the kind, just, and hyper-precise Queen of Lumbria, alongside Bardem as Solon, the boastful yet big-hearted King of Lumbria. They join West Side Story’s Rachel Zegler, who voices the lead character, Princess Ellian.

The cast boasts multi-award winner John Lithgow (Sharper, Killers of the Flower Moon, Bombshell) as Minister Bolinar; Jenifer Lewis (The Princess and the Frog, Black-ish, I Love That For You) as Minister Nazara Prone; Nathan Lane (The Lion King, The Producers, The Birdcage) as the Oracle of the Sun; Emmy Award winner André De Shields (tick, tick…BOOM!,  Hadestown, Extreme Measures) as the Oracle of the Moon; and Jordan Fisher (Broadway’s Dear Evan Hansen, Hello, Goodbye and Everything in Between, To All the Boys: P.S. I Still Love You") as Callan.

The film joins an expanding lineup of the Apple Original Films and Skydance Animation projects, alongside upcoming titles Luck, which premieres on Apple TV+ on August 5, and the animated series Wondla.