‘Sister,’ ‘Zog,’ and ‘The Seahorse Trainer’ Among Winners at Spark Animation 2019 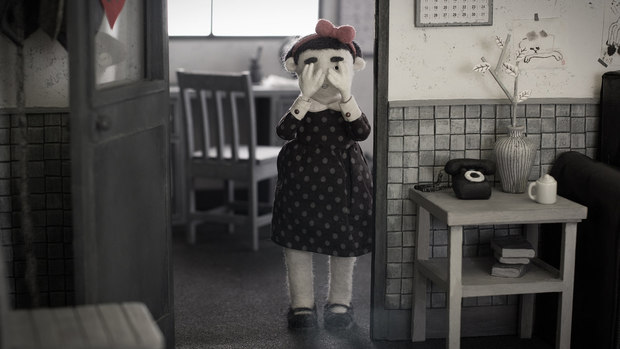 VANCOUVER, BC, CANADA -- The SPARK ANIMATION 2019 Film Festival shines the spotlight on an international line-up of acclaimed animated features and short films showcased from October 24 to 27 at Vancouver’s Scotiabank Theatre and Vancity Theatre.

Now in its 11th year, the animation film festival, presented by the Spark Computer Graphics Society (Spark CG) has attracted 695 entries from 48 countries on six continents. From computer graphics to stop-motion, from independent animation to major studio productions, the collection of films this year – 90 hours of film in total – brings together the finest animated content on the planet.

For the fourth year running, the film festival is again partnering with Covenant House Vancouver. Box office proceeds (excluding fees & GST) from each festival screening will be donated to Covenant House to aid in supporting at-risk and street youth in Downtown Vancouver.

In 2014, SPARK ANIMATION introduced festival film submissions to its annual conference and career fair, selecting its first jury of animation experts in the process. The festival jury is comprised of a range of animation industry leaders, including directors, producers, educators, independent creators, studio heads, and Oscar winners.

This year’s festival jury has now released its selections for 2019. Highlights include Sister by Siqi Song, whose poignant stop-motion story of familial love in 1990s China was a 2019 Official Selection at the Sundance Film Festival and is named Best in Show by this year’s SPARK ANIMATION jury.

The Beauty, by Pascal Schelbli - Germany

Girl in the Hallway, by Valerie Barnhart - Canada

Love Me, Fear Me, by Veronica Solomon - Germany

Film festival tickets are now on sale at  http://sparkanimation.ca/.

Hand-painted by award-winning animator Gitanjali Rao, feature film Bombay Rose (India, France, UK, Qatar) is an exquisitely drawn and beautifully moving tale of the quest for love on the chaotic streets of Bombay. A Gold Hugo nominee at the 2019 Venice Film Festival, Bombay Rose premieres in BC on Sunday, October 27, 9:30 pm at Vancity Theatre, and is the closing night highlight of the SPARK ANIMATION 2019 Film Festival.

Five in Focus is an innovative program designed by Women in Animation Vancouver and Women in View to advance gender equity in the animation industry. Last year, five women were nominated who represent key creative positions in animation, positions in which women have been traditionally underrepresented and where WIA has sought to increase representation. Five in Focus aims to significantly advance these women’s careers through extensive mentorship from the WIA community, exposure to a wide range of industry activities, master classes, pitch training and more. The year long program provided financing to write, develop and produce an animated short film called The Butterfly Affect.

The film’s world premiere will open the “Mothers of a Medium” program on October 27 and will be introduced by the five women selected to the inaugural program: director Stephanie Blakey, writer Jen Davreux, producer Amanda Konkin, animation director Kaitlin Sutherland, and art director Maisha Moore.

Conference showcases the future and history of animation, October 26 and 27

Leading minds in animation ― from local Vancouver-based studio heads to international storytellers, directors, producers, and executives ― will share their expertise during presentations and workshops from 9 am to 7 pm, October 26 and 27, at Emily Carr University’s Reliance Theatre and Rennie Hall.

Don Iwerks and his daughter Leslie Iwerks will takes us back into the early years of Disney, delving deep into the life and work of Ub Iwerks, an extraordinary animator, the designer and co-creator of Mickey Mouse; while award-winning historian Mindy Johnson will explore the history of the women that shaped animation.

Looking ahead, Florian Perinelle will present on the marriage of craft and technology in stop-motion, and Sepp Sonntag will delve into the latest state of the art technology used to shoot breathtaking landscapes, from epic volcanoes to cosmopolitan cities in Godzilla King of the Monsters.

Two-day conference passes are on sale now at http://sparkanimation.ca/.

On October 26 from 9:30 am to 5 pm, job-seeking animation professionals will have a chance to meet with representatives from 20 leading animation studios ― including CG pros, HR professionals, and executive decision-makers ― at Hangar Warehouse, Centre for Digital Media.

Part of SPARK ANIMATION 2019, the Career Fair is free to attend. However, registering in advance online at http://sparkanimation.ca/ is highly recommended.

SPARK ANIMATION 2019 furthers the art and craft of animation by championing the work of animators, filmmakers, and all artists who use this magical art form to tell a story visually. In its 11th year, SPARK ANIMATION 2019 runs October 24 to 27 in Vancouver, Canada. The event includes a film festival, career fair, and two-day conference (October 26 and 27). For more information visit http://sparkanimation.ca/