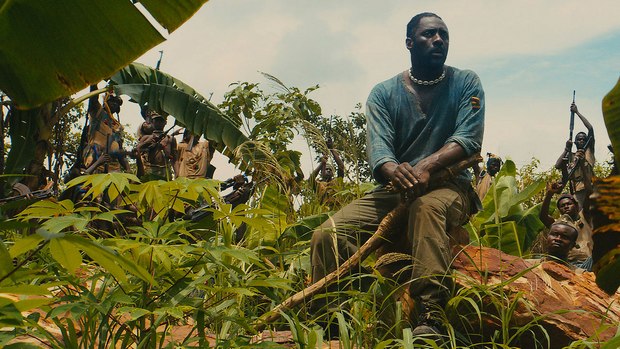 VENICE, CA -- On the heels of a five-month collaboration with renowned director Cary Joji Fukunaga (True Detective), creative VFX studio Siren Lab Productions was recently launched. Siren Lab Production’s collaboration with Fukunaga’s was on the critically acclaimed Netflix original film, Beasts of No Nation, starring Idris Elba. The film has already earned raves at the Toronto International Film Festival and from major media outlets such as Yahoo and Huffington Post.

Siren Lab, led by veteran VFX Supervisor/Flame Artist Karen Heston, collaborated by overseeing and producing the majority of the VFX shots used in Beasts of No Nation. According to Heston, it was Fukunaga’s earlier film, Sin Nombre, that sparked her desire to work with the director. Heston describes Fukunaga as, “Very supportive and open to new solutions that might save time.” Heston, who devised the unique technique of stationing VFX right next to the edit bay on Beasts, emphasizes that, “Cary likes to push the VFX to their limits, not only making the final product more clear to his vision upon completion, but trying a few avenues along the way to ensure the best outcome.”

Expertly mixing both visual and practical effects, Siren’s work on Beasts of No Nation is a direct reflection of Heston’s hands-on approach and just one of many capabilities offered by the Los Angeles-based studio, whose output extends to the commercial world with upcoming projects for the likes of Infiniti and Tom Ford. During her decade-plus career, Heston has worked on a variety of notable commercial and music video projects at established VFX companies including Framestore, Mass Market, Rhino FX, Charlex, and directly for major brands such as Google, Kohl’s, Macy’s Visa, GE, AT&T, and L’Oreal.

As for her newest venture, Heston says she was inspired to start Siren Lab, “To do what I love and what interests me in finding adaptive and unique VFX solutions that are custom tailored to the needs of each individual project.” In terms of strategy, the VFX exec further explains, “Siren Lab is extremely rare because it focuses on keeping costs down while providing personalized attention. Personalized attention is the cornerstone of the company; from pre-production, on-set VFX supervision, to final post-production, Siren Lab’s goal is to get complex commercials done well in a way that’s also economically sound.”