Emilia Clarke and Hugh Laurie join the film’s star-studded cast; the story, adapted from the late author’s prolific ‘Discworld’ series, follows a cat con artist and his horde of rats. 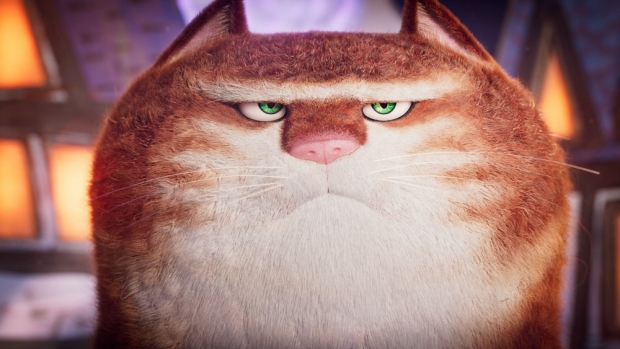 Bring on the Cat King of Rats! The Amazing Maurice, based on the late Sir Terry Pratchett’s 2001 novel, is in development at Ulysses Filmproduktion, Cantilever Media, Sky, Studio Rakete, and Red Star Animation (what a mouthful). Although we lost the beloved author in 2015, it is exciting to think we’ll soon get to admire his work on the big screen. Fingers crossed. Since the project’s announcement last year, it has gained quite the A-List voice cast. Hugh Laurie (House, Stuart Little) and Emilia Clarke (Game of Thrones, Solo: A Star Wars Story) recently joined the impressive roster, which already includes David Thewlis (Wonder Woman), Himesh Patel (Yesterday), Gemma Arterton (Prince of Persia, The Girl with All the Gifts), and Hugh Bonneville (Downton Abbey).

A play on the Pied Piper of Hamelin, Amazing follows Maurice, a streetwise cat, that has the perfect money-making scam. He’s found a dumb-looking kid who plays a pipe, and his very own horde of rats – rats who are strangely educated, and literate. When Maurice and the rodents reach the stricken town of Bad Blintz, their little con goes down the drain. For someone there is playing a different tune. A dark, shadowy tune.

Published by Doubleday in 2001, “The Amazing Maurice and His Educated Rodents” is a children’s fantasy that has sold nearly 90 million books worldwide.  It was the 28th novel in Pratchett’s “Discworld” series, comprised of 41 novels, but the first written for children. This will be the first film adaptation of the series, but hopefully not the last.

The Amazing Maurice is set to be released by Sky Cinema in 2022.