Oscar-nominated Max Lang and Daniel Snaddon to direct from book by Julia Donaldson and Axel Scheffler about a mischievous, accident-prone dragon. 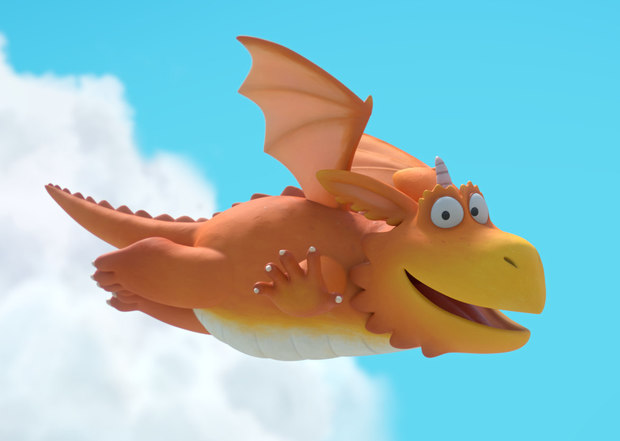 Sir Lenny Henry leads an all-star cast for Magic Light Pictures' new animated special, Zog, coming to BBC One this Christmas. Based on a book of the same name written by Julia Donaldson and illustrated by Axel Scheffler, the pair behind numerous award-winning stories including The Gruffalo, the half-hour special boasts a stellar voice acting cast, featuring Henry (Broadchurch) as the narrator, Tracey Ullman (Tracey Breaks the News) as Madame Dragon, Hugh Skinner (W1A) as Zog, Patsy Ferran (Jamestown) as Princess Pearl and Kit Harington (Game of Thrones) as Sir Gadabout.

Henry commented, “It's wonderful to have voiced the narrator in Zog for this Christmas.  The story has a lovely lyricism to it and it's been really good fun seeing the beautiful animation come together.  There's a cast of brilliant actors and the story is silly, and outrageous, and surreal, and I like all of those things!” Zog is a keen but accident-prone dragon who gets himself into mischief whilst learning how to fly, roar, breathe fire and fight knights in his first four years at Dragon School. Each year he meets a kindly young girl who patches up his bumps and bruises, but can she help him with his trickiest challenge yet:  It's Year Five, and he has to capture a princess!

The special is being directed by Max Lang, the Oscar-nominated director of Room on a Broom and The Gruffalo, and by Daniel Snaddon, co-director of Stick Man.  It’s produced by Magic Light’s Michael Rose and Martin Pope, with Rene Aubry, who has written all of the music for the collection of films, serving as composer.  Animation services have been provided by Triggerfish Animation in Cape Town.  The show was brought to BBC One by Charlotte Moore, director of BBC content, and Elizabeth Kilgarriff, senior commissioning editor, BBC Drama.

Kilgarriff noted, “Magic Light Pictures are yet again promising the BBC audience a Christmas treat with Julia Donaldson and Axel Scheffler's brilliant story of a dragon and princess who both dare to be different.  To have such recognizable and wonderful voices bringing the characters to life is very exciting indeed.”

“We love making films for the whole family to watch together at Christmas, and Zog is a treat – a wonderful witty story with delightful characters at its heart,” added Rose.

Zog marks the sixth adaptation by Magic Light Pictures of a Donaldson/Scheffler title. Previously, Magic Light produced The Gruffalo and The Gruffalo’s Child, with the former winning over 15 awards as well as nominations for an Oscar, a BAFTA and the Cartoon d’Or and delivering audiences of 10 million to BBC One for their respective Christmas Day transmissions.  Other titles include Room on the Broom, which received a 2014 Oscar nomination and won a BAFTA, an International Emmy and an RTS Award; and the 2015 ratings hits Stick Man and The Highway Rat which just scooped a coveted Rose d’or in the Children and Youth category at the 57th Rose d’Or Awards held in Berlin.