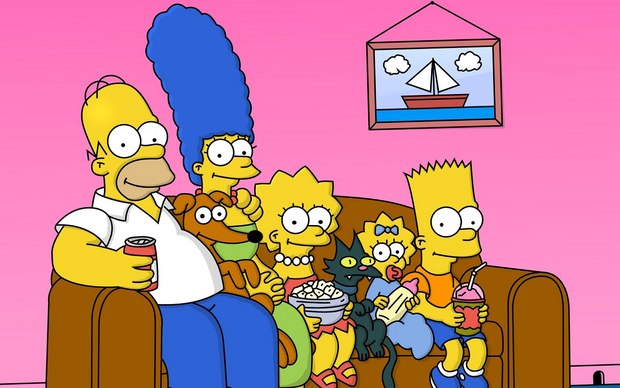 Fox has announced that the upcoming 28th season of The Simpsons will air its first-ever one-hour episode in January 2017. In the one-hour “The Great Phatsby,” featuring Emmy Award nominee Taraji P. Henson (EMPIRE) as a guest voice, Mr. Burns (Harry Shearer) tries to relive his glory days, and crosses paths with a mysterious music mogul. After being conned by him and reduced to bankruptcy, Mr. Burns seeks revenge on the music producer with the help of Homer, Bart, rapper Jazzy James (guest voice Keegan-Michael Key) and the mogul’s ex-wife, Praline (guest voice Henson). Also in the episode, Lisa (Yeardley Smith) is courted by the richest kid in town, Smithers (Shearer) begins a perilous journey and Marge (Julie Kavner) opens an obscure boutique store.

“I just pray it won’t be the last thing people see before a Trump inauguration,” said executive producer Al Jean.

Premiering Sunday, September 25 (8:00-8:30 PM ET/PT), Season 28 kicks off with the all-new episode “Monty Burns’ Fleeing Circus,” in which Springfield is burned to the ground, and the Simpsons beg Mr. Burns (Shearer) to fund its rebuilding. Burns agrees, with one condition: he gets to put on a variety show at the Springfield Bowl.

Additionally, the series’ record-setting 600th episode will air Sunday, October 16 (8:00-8:30 PM ET/PT), with a classic “Treehouse of Horror XXVII” episode. In it, Mr. Burns introduces a “Hunger Games”-style contest in which Springfield’s children must fight each other; and Lisa’s imaginary best friend becomes jealous of Lisa’s real best friends.

The Simpsons continues to strike a chord with viewers for irreverently poking fun at anything and everything. As the longest-running scripted series in television history, The Simpsons has become one of the most consistently groundbreaking, innovative and recognizable entertainment franchises throughout the world.