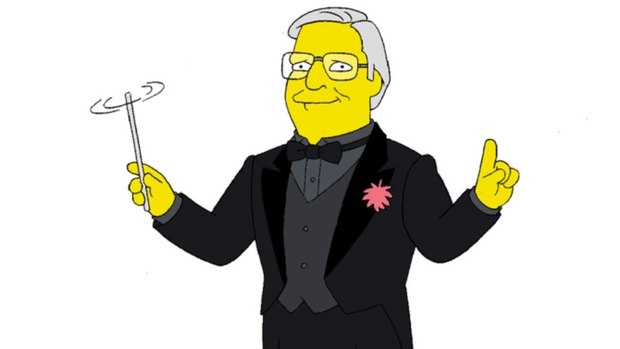 The Simpsons composer Alf Clausen has been fired from his job providing original music for the Fox animated series, according to a report by Variety. The two-time Emmy winner was let go on Wednesday after 27 years on the animated series, for which Clausen had scored more than 560 episodes.

Clausen reportedly told Variety he’d been called by Simpsons producer Richard Sakei, who told him they wanted “a different kind of music” moving ahead.

Variety reports that Clauson used a 35-piece orchestra for each week’s episodes -- a practice series creator Matt Groening insisted upon from the beginning of the show -- and that the costs for the original music ran into millions of dollars a year.

Clausen’s final score for The Simpsons was the season finale of Season 28, which aired in May. The Season 29 premiere is slated for October 1, but it is not yet clear who will be scoring that episode. Danny Elfman’s theme song for The Simpsons theme will be retained.