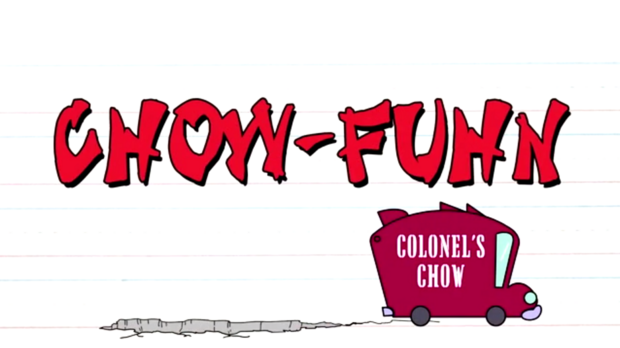 Jon Lovitz, Margaret Cho and Bobby Lee are set to voice lead characters in Chow-Fuhn, the first ever animated “Sci-Foodieomedy” series about the cutthroat business of food trucks, billed as a chef vs. chef bonanza for people who like food trucks, fowl play, and science fiction.

This hilarious and irreverent look inside the highly competitive food truck industry comes from creator Gabriel DeFrancesco best known for his work as a director on The Simpsons.

Chow-Fuhn started when DeFrancesco was the unassuming recipient of a “sneak attack” from a local food truck when the dish he actually ordered was no longer available and he was served whatever the cooks in the truck could throw together to make a dish. Reminded of Sushi Nozawa, an omakase (chef's choice) style restaurant and inspiration behind Seinfeld's "Soup Nazi,” Francesco thought, “what if there was an omakase-esque food truck but the customer didn't know it? What if its proprietor wasn't even the nationality of the food served?” Later that evening Colonel Chow and his signature omakase-esque dish, the Pearl Harbor, were sketched out on a dinner napkin and Chow-Fuhn was born.

The series was casted by Emmy Award-winning casting director Linda Lamontagne with Gerhard Fuhn (voiced by Jon Lovitz) as The Wienie Genie, the owner of the first Michelin-rated wiener truck and arch-enemy of Colonel Chow (voiced by Bobby Lee).  Margaret Cho lends her voice to Mimi, the Colonel’s daughter and sous chef.

This is the third solo project from DeFrancesco, who is also producing and directing this animated series through his own production banner, Company One, and his first project launched with a crowdfunding campaign on Kickstarter. Disenchanted with the traditional animated series route, DeFrancesco has plans to fund the initial three episodes through crowdsourcing, with hopes to turn the series into a longer format show.