‘The Simpsons’ and ‘Rick and Morty’ Producer J. Michael Mendel Dies at 54 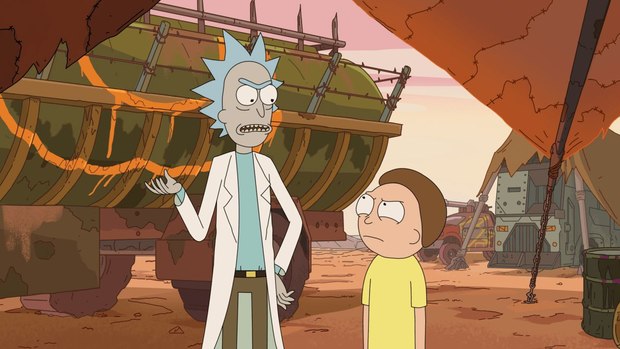 J. Michael Mendel, a widely respected animation industry veteran who won four Emmy Awards as a producer on The Simpsons and Rick and Morty, has died at the age of 54. According to the Hollywood Reporter, his wife, Emmy Award-winning casting director Juel Bestrop (Brooklyn Nine-Nine, Life in Pieces), said that he died of natural causes Sunday night at their home in Studio City, California. Mendel, who was credited on 207 The Simpsons episodes between 1989-1999, won Emmys in 1995, 1997 and 1998 for his work on the series. Working with Rick and Morty co-creator Justin Roiland as a line producer from the Adult Swim series’ inaugural 2013 season through 2017, Mendel won his fourth Emmy in 2018.

In an emotional tribute, Roiland wrote on Twitter," My friend, partner, and line producer Mike Mendel passed away. I am devastated. My heart breaks for his family. I don’t know what I’m going to do without you by my side Mike. I’m destroyed.”

According to a network statement, "All of us at Adult Swim are devastated by the untimely passing of Mike Mendel. Mike was the heart of the Rick and Morty production family; his fantastic talent and wit will be sorely missed. Mike was a universally respected Emmy-winning producer with over 25 years in the industry who guided and supported a generation of artists, writers and creators, and his absence will be felt by the entire community. Our deepest condolences go out to his family, friends and colleagues during this difficult time."

In an Instagram post, Rick and Morty co-creator Dan Harmon also spoke passionately about his colleague, writing, “I can’t handle seeing his cropped photo in headlines with the word dead in them. I hate the phrase RIP it makes me picture styrofoam tombstones at a Halloween party. Rick and Morty has lost Mike Mendel, a man that deserves a better obituary and in my angry opinion, a better god. That opinion is a projection of my shame. I took Mike for granted. He was always needed and he was always there. He’s going to be needed tomorrow and he won’t be there. The wound will scar but there will be a hole through everything we do from now on. I have only angry things to say for now, that’s how valuable mike was. I can’t keep editing these words so here’s a kitten and I’m gonna take a nap.”

Mendel, who was born September 24, 1964, attended Monroe Woodbury High School in Woodbury, New York, and Syracuse University. He worked as a production assistant on James L. Brooks’ Broadcast News (1987) and the Brooks-produced Big (1988), before becoming an associate producer on Brooks’ Jerry Maguire (1996). In addition to his work on The Simpsons and Rick and Morty, Mendel served in various animation production roles on shows including The Critic, The PJs, The Oblongs, Drawn Together and Napoleon Dynamite.

He is survived by his wife, son, Jacob, and daughter, Jesse.