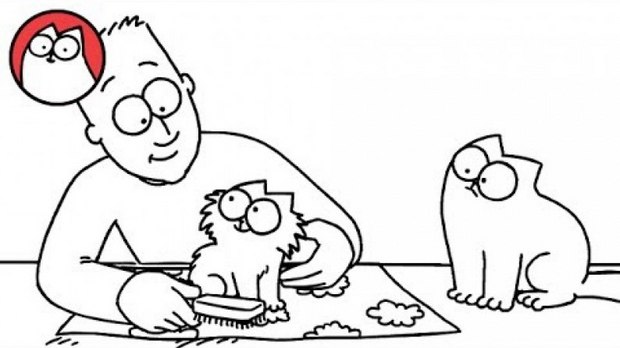 London -- Simon’s Cat continues to me-wow its fans as the second largest animation channel on YouTube has recently hit a major watershed—three million subscribers. On the heels of this amazing accomplishment, Simon’s Cat has also recently released a new episode—Pawtrait—which has accumulated more than one million views in less than a week. Simon’s Cat, which was created by Simon Tofield and launched in 2008, is part of Fred Seibert’s Channel Frederator Network, the premier network for animators, featuring such breakout hits as Cartoon Hangover (Bravest Warriors, Bee & PuppyCat) and Jason Steele’s FilmCow Channel (Charlie The Unicorn, Llamas with Hats).

Creator Simon Tofield, who is awed by the support of fans and followers, said, “The most rewarding part of having created Simon’s Cat is how engaged the fan base are around the world.  We have built an amazing digital community, which continues to grow and the numbers speak for themselves.  We are really excited about the future of Simon’s Cat and can’t wait to see the development of color and longer durations in our films take shape.”

Simon’s Cat is a studio that produces quality animation, featuring the hilarious adventures of a mischievous feline who will do almost anything to be fed.  The original concept was created by award-winning illustrator, animator, and director Simon Tofield in 2008, when his short film Cat Man Do went viral on YouTube.  His second film Let Me In followed suit, launching the company’s YouTube channel as a global phenomenon. Simon’s Cat also has a robust social media following with more than 1.6 million Facebook likes.  Simon’s Cat can be found on YouTube atwww.youtube.com/simonscat as well as spotlighted on Channel Frederator at  http://www.youtube.com/user/ChannelFrederator.

The newest episode of Simon’s Cat, Pawtrait, features Simon pampering and brushing Kitten getting him ready for a photo shoot, whileSimon’s Cat jealously watches on.  Needless to say Simon’s Cat doesn’t like the attention the kitten is getting and sabotages the whole thing! The episode can be viewed here.

The Channel Frederator Network was launched by Fred Seibert and his team at Frederator Studios, who continue to establish themselves as the purveyors of top animation content for online and broadcast.  They are the producers behind Butch Hartman’s Fairly OddParents on Nickelodeon and Pen Ward’s Adventure Time currently airing on Cartoon Network.  Ward’s hit YouTube show Bravest Warriors, runs onCartoon Hangover, which has become an online animation juggernaut in just over a year with over one million subscribers and 10+ million views per month.  Additionally, Cartoon Hangover will be debuting Bee & PuppyCat, based on the hit animated short by Adventure Time alum Natasha Allegri later this year.  The Network’s other signatures include Jason Steele’s FilmCow Channel, producers of the YouTube mega hit,Charlie the Unicorn.