Featuring the hilarious adventures of a mischievous feline who will do almost anything to be fed, Simon’s Cat joins animation luminary Fred Seibert’s Channel Frederator Network. 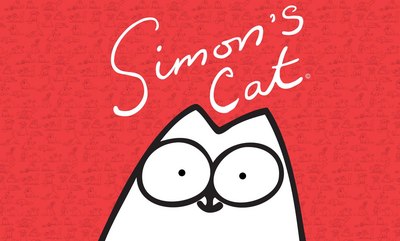 NEW YORK --Simon’s Cat has found its purr-fect place. The second largest animation channel on YouTube by subscribers has joined animation luminary Fred Seibert’s Channel Frederator Network. Simon’s Cat currently boasts 2.75 million subscribers and over 470 million views of its programming, as well as a robust social media following with more than 1.5 million Facebook likes. The addition furthers Channel Frederator’s position as one of the true premier destinations for online animation and entertainment. The Channel Frederator Network, the premier network for animators, has generated more than one billion views to date, and averages more than 30 million views a month, across its network of more than 130 channels led by such breakout hits as Cartoon Hangover (Bravest Warriors, Bee & PuppyCat) and Jason Steele’s FilmCow Channel (Charlie The Unicorn, Llamas With Hats).

Simon’s Cat is a studio that produces quality animation, featuring the hilarious adventures of a mischievous feline who will do almost anything to be fed. The original concept was created by award-winning illustrator, animator, and director Simon Tofield in 2008, when his short film Cat Man Do went viral on YouTube. His second film Let Me In followed suit, launching the company’s YouTube channel as a global phenomenon. The launch of Simon’s Cat within the Channel Frederator Network coincides with the recent debut of the latest Simon’s Cat cartoon “Smitten,” a Valentine’s Day themed special that has generated over 4 million views since its release on February 2. Simon’s Cat can be found on YouTube at www.youtube.com/simonscat as well as spotlighted on Channel Frederator.

Simon Tofield of Simon’s Cat said, “I’m absolutely thrilled that Simon’s Cat has joined the Channel Frederator Network on YouTube. Fred Seibert and his team have been able to curate some of the most exciting animation creators in the world right now, and it is an honor to appear alongside them. It’s fantastic to be working with such a talented team that truly understands and values animation, and who are also willing to invest in up-and-coming talent. Channel Frederator with Simon’s Cat is going to be one of the hottest destinations for animated entertainment on YouTube in 2014!”

Fred Seibert, head of Frederator Studios, said, “We are honored to work with the phenomenal talents behind Simon’s Cat, who are truly proof of the fact that the internet has ushered in a new golden age of animation. We are glad to help introduce new audiences to Simon’s Cat and to introduce the show, as well, to the existing viewers in the Channel Frederator Network.”

The Channel Frederator Network was launched by Fred Seibert and his team at Frederator Studios, who continue to establish themselves as the purveyors of top animation content for online and broadcast. They are the producers behind Butch Hartman’s Fairly OddParents on Nickelodeon and Pen Ward’s Adventure Time currently airing on Cartoon Network. Ward’s hit YouTube show Bravest Warriors, runs on Cartoon Hangover, which has become an online animation juggernaut in just over a year with over one million subscribers and 10+ million views per month. Additionally, Cartoon Hangover will be debuting Bee & PuppyCat, based on the hit animated short by Adventure Time alum Natasha Allegri later this year. The Network’s other signatures include Jason Steele’s FilmCow Channel, producers of the YouTube mega hit, Charlie the Unicorn.